Allen Zderad, a former 3M employee from Forest Lake, Minnesota, was overcome with joy as a pair of prosthetic glasses allowed him to see his wife for the first time in 10 years.

A tiny wafer-like chip was embedded in his right eye, wires attached in a surgical procedure in January, then two weeks later, the rest of the prosthetic device set in glasses was activated.

The images Zderad was able to see with the Mayo Clinic-developed glasses were mostly crude outlines of objects and human forms (including his own reflection), but the result was enough to make both he and his wife Carmen break out in tears of joy. 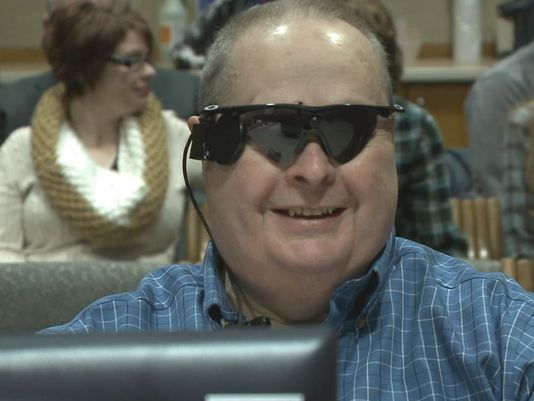 via USA Today, My Modern Met