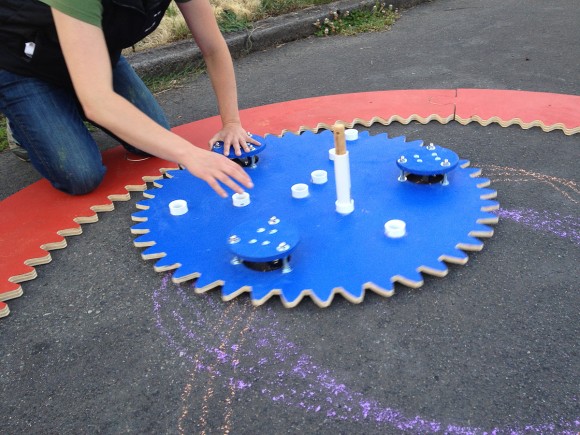 Nathan of the craft website HaHa Bird built a giant version of the perennial favorite children’s drawing toy Spirograph made out of wood that measures eight feet across and creates familiar geometric patterns on the sidewalk in chalk.

The idea for this project came about at a craft show in December when a friend of mine had a little trouble with a laser-cut Spirograph we found. I teased her about her apparent lack of fine motor skills, then had the idea to make a Spirograph that only required gross motor skills. How big could I make a Spirograph? 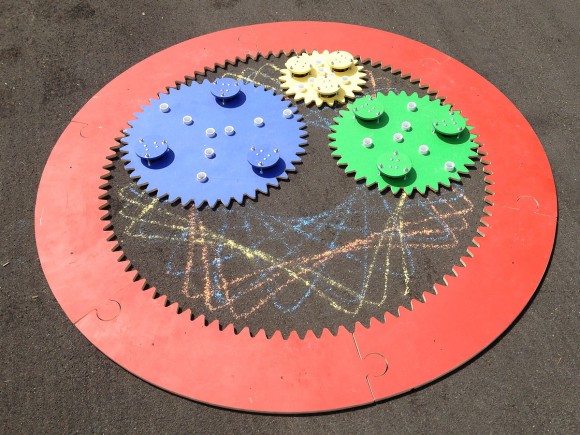 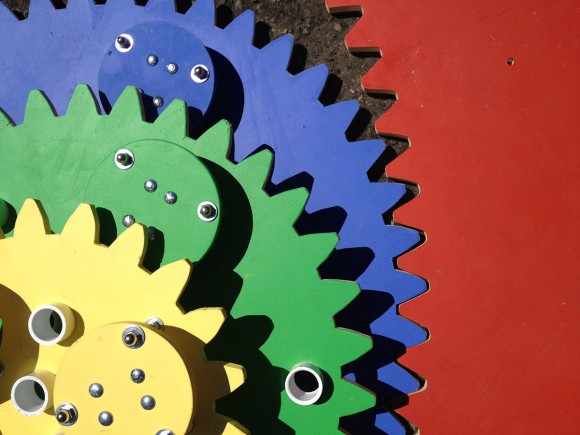 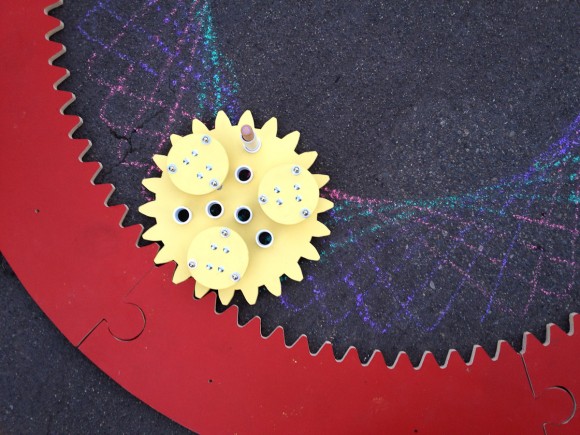 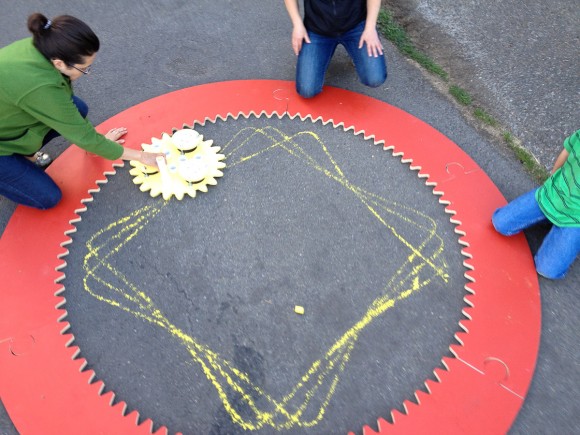