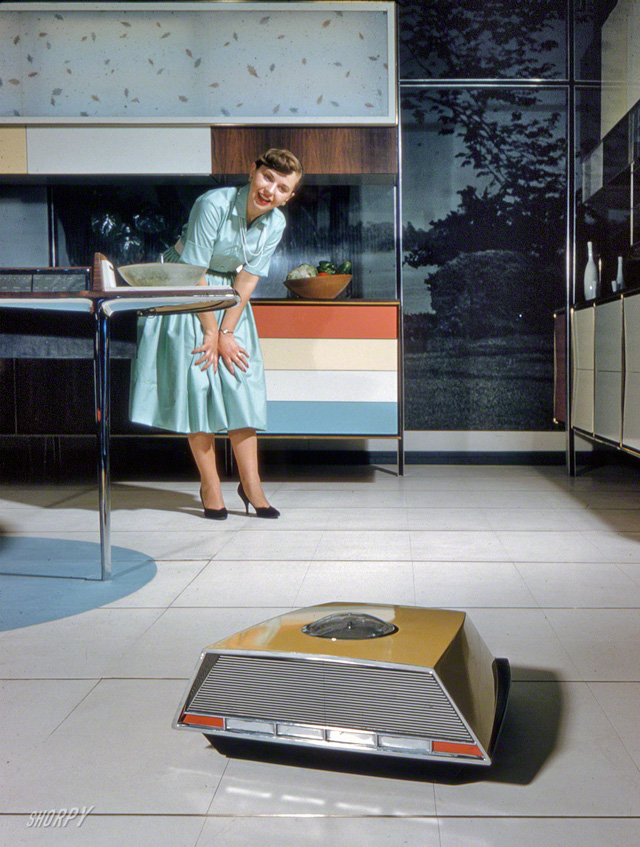 This futuristic self-propelled floor cleaner was part of Whirlpool’s Miracle Kitchen of the Future, a display at the 1959 American National Exhibition in Moscow and appears to be an early precursor to today’s Roomba iRobots.

Whirlpool Australia has posted the Jetsons-like film that was shown at the exhibition in 1959 which features the floor cleaner in action:

image via Shorpy, photo by Bob Lerner for LOOK magazine