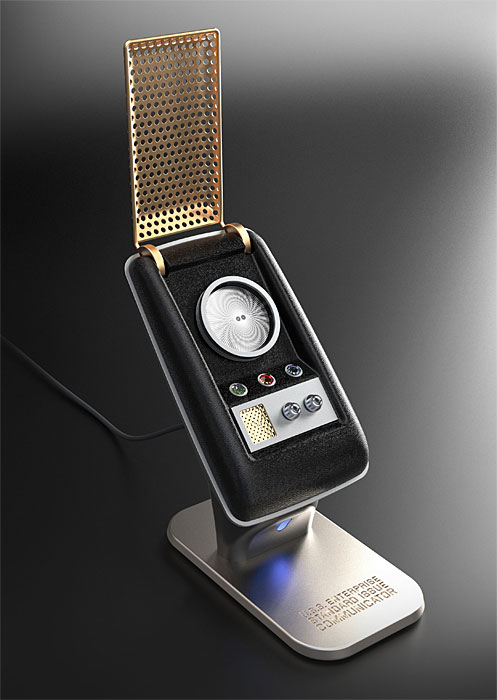 The Wand Company will soon be offering a fully functional Bluetooth-enabled replica of a classic Star Trek communicator from the original 1966 series. The device was created using 3D scans taken from an original prop from the show, and pairs with a phone or other Bluetooth device to allow the user to answer calls like Captain Kirk or just play music through the built-in speaker.

As well as Bluetooth functionality, the device also features authentic sounds and lines from the show, and it can be charged wirelessly with the included stand. The device is expected to be available in January 2016, and is now available to preorder. 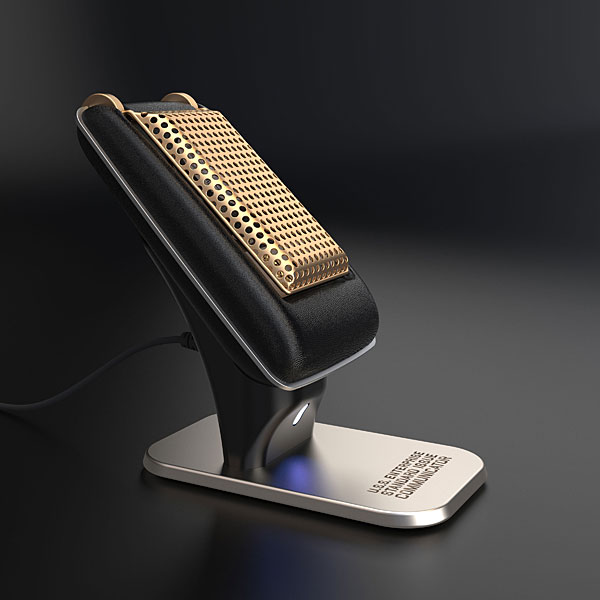 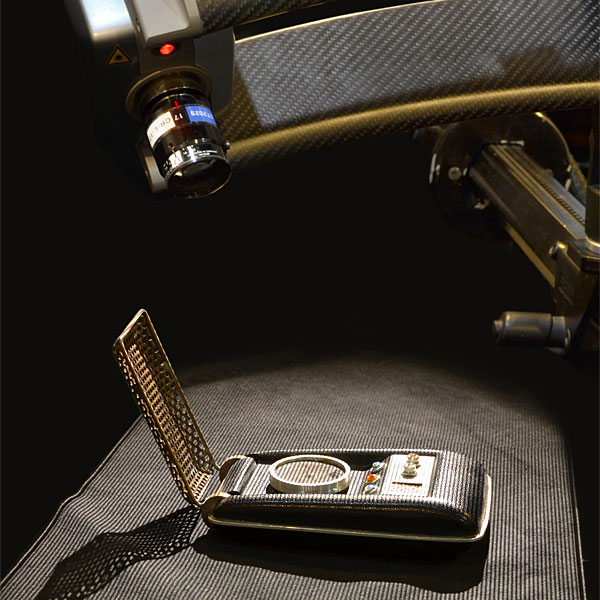