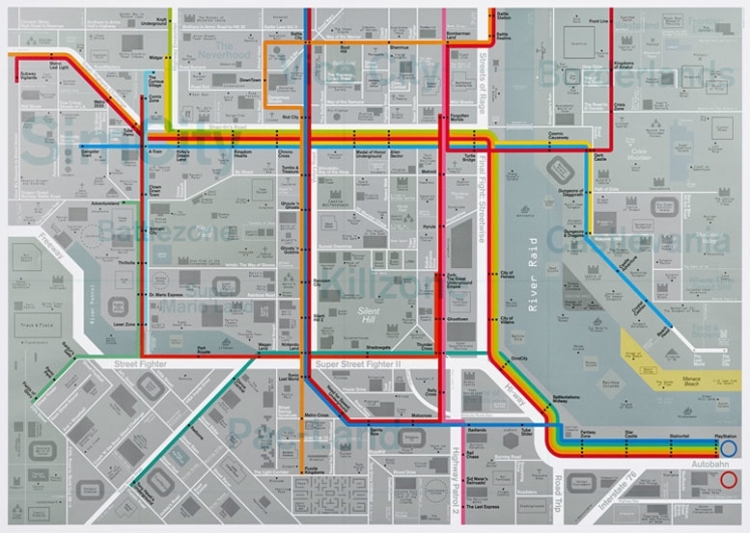 UK-based conceptual design studio Dorothy has created a fictional street map composed of over 500 video game titles. The map, which features several districts devoted to genres of video games like survival horror and beat ’em ups, is available in seven colors as well as a special signed limited edition.

The imaginary map is loosely based on an area of Tokyo, a city that was home to some of the all time classic arcade games of the late 1970’s and early 1980’s that paved the way for the modern day gaming industry. 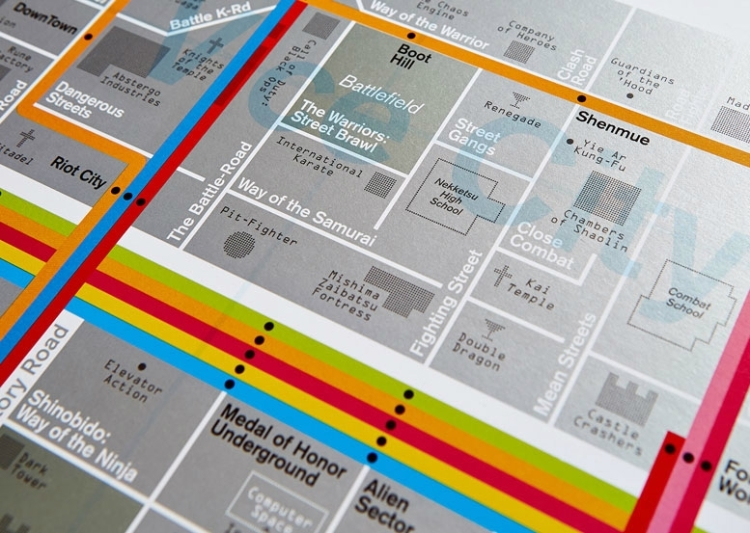 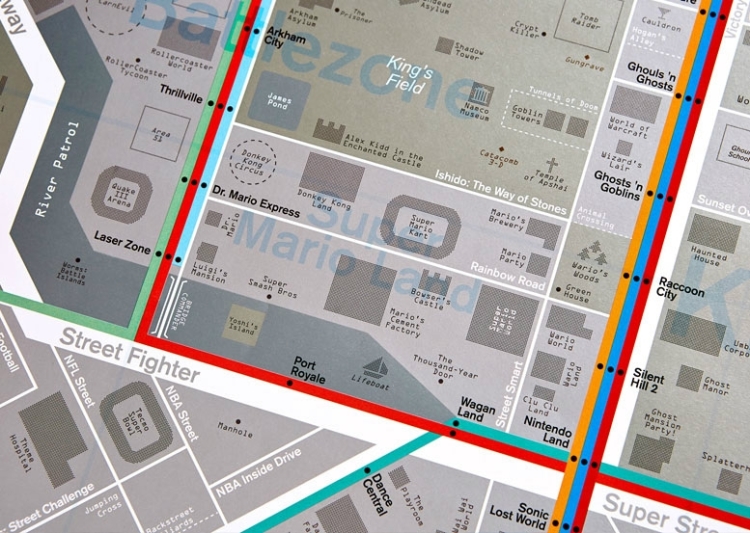 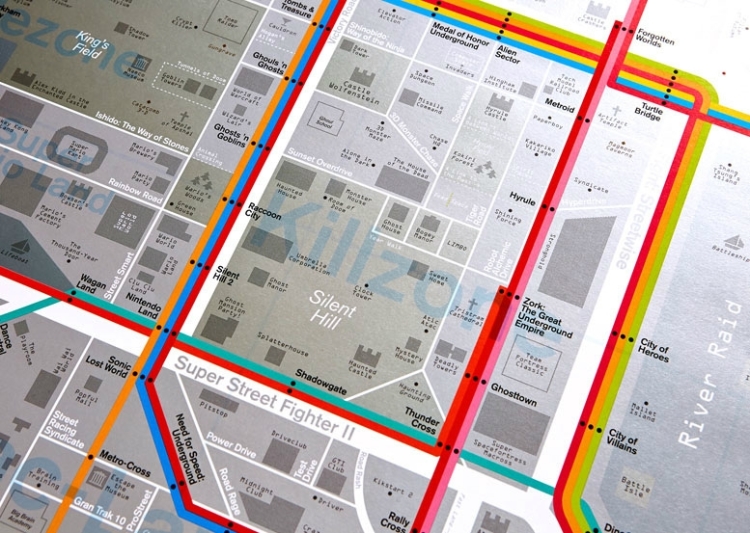