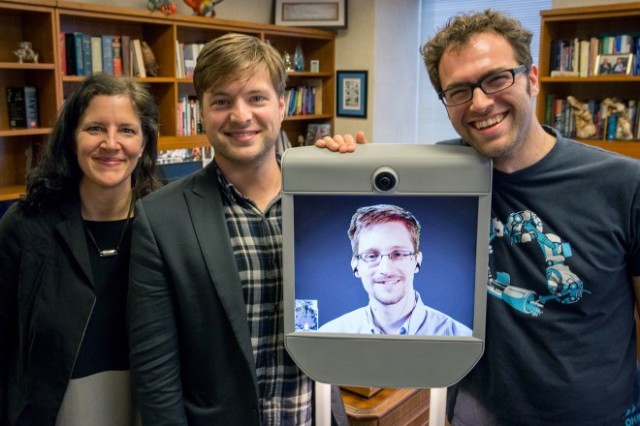 Wired has produced a fascinating feature exploring the use of a Beam telepresence robot by Edward Snowden, the former National Security Agency contractor responsible for leaking a number of classified documents to media outlets in 2013. Writer Andy Greenberg showcases the many ways it’s been used by Snowden and how he came by it in the first place.

photo via Freedom of the Press Foundation