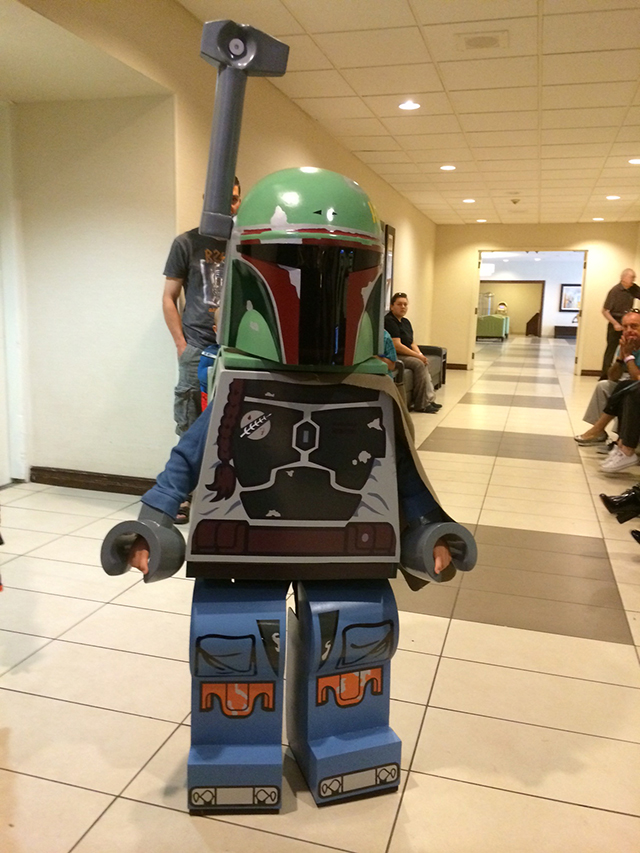 The Dented Helmet member and father CGS1 recently made his six-year-old son an awesome LEGO Star Wars Boba Fett minifigure costume to wear at a local ToyCon. You can view more “making of” photos on the The Dented Helmet forums.

We took the costume for a trial run at a local toycon this past Sunday. I still have to finish building the arms and blaster, as well as tweaking a few things such as the cape fabric. I approached the components of this project as if they were actual Lego elements. In doing so, I created the jetpack to be removable as it appears in the actual minifigure as well as the range finder stalk. The entire costume is built from scratch using photo references and scans I took myself. The costume is built primarily out of sintra with pink insulation foam used to carve the helmet dome and a small amount of plastazote foam used on the tips and base of the jetpack rockets. Torso and leg graphics are printed on adhesive vinyl while a custom green was used to colour match the helmet and jetpack. 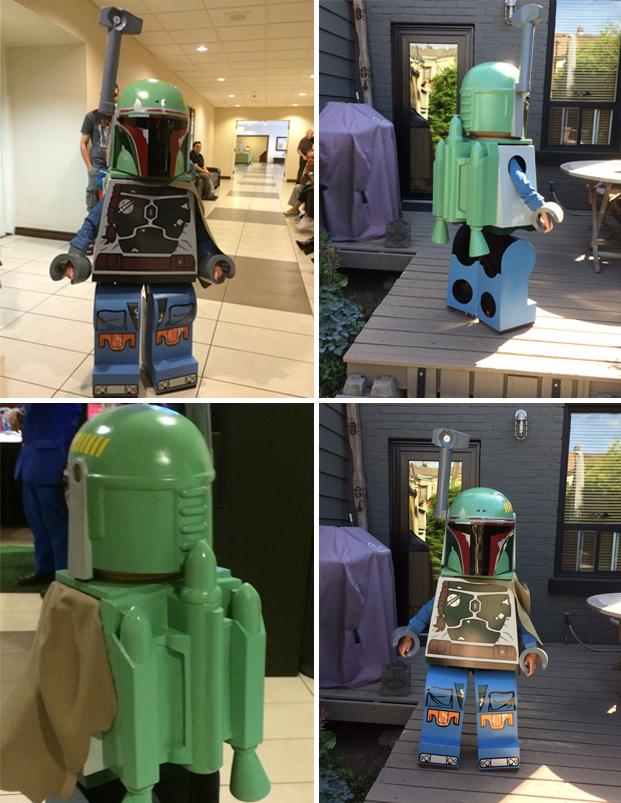