Imgur user mattsawizard calculated the distances for each leg of Frodo and Sam’s epic journey around Middle-earth in The Lord of the Rings and made visual distance comparisons on maps of Britain, Europe, and the United States. He determined that the entire journey spanned a total of 1,350 miles walked (though he does note that part of their journey from Lorien to Amon Hen was in a boat), which is about the same distance from Los Angeles to Austin, Texas.

If London were Hobbiton, walking to Mount Doom would be like walking to Niš, Serbia. 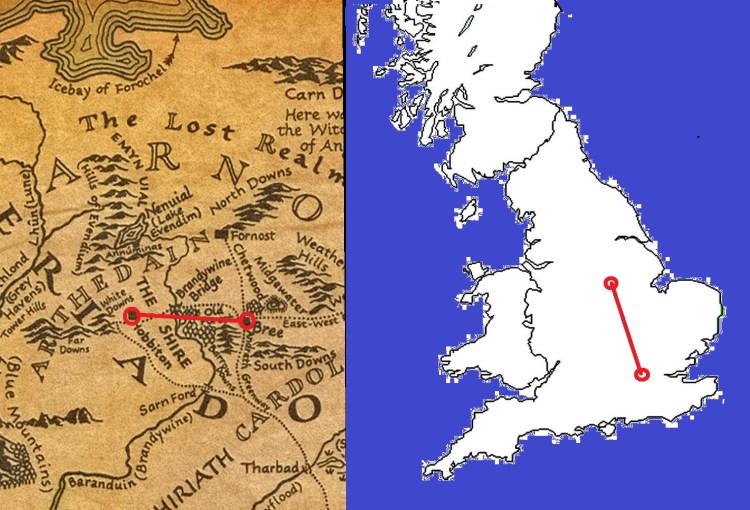 From Hobbiton to Bree would be similar to going from London to Nottingham, which is 120 miles, or 40 hours walking. 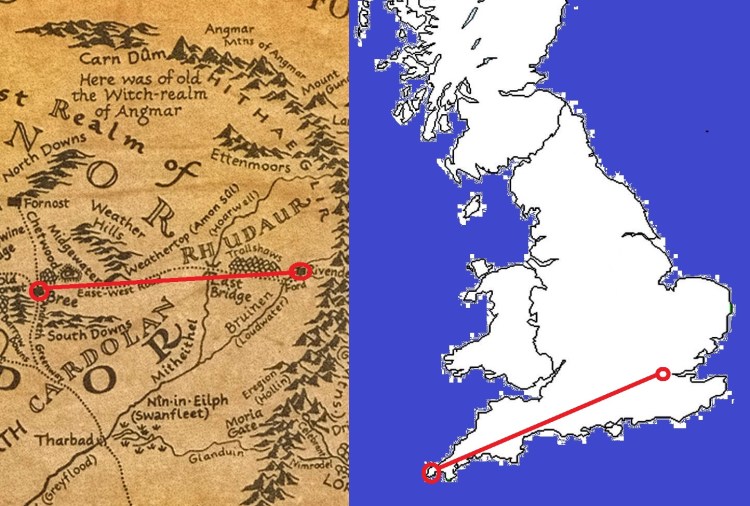 From Bree to Rivendell would be like walking from Land’s End to London, which is 300 miles, or 90 hours walking. 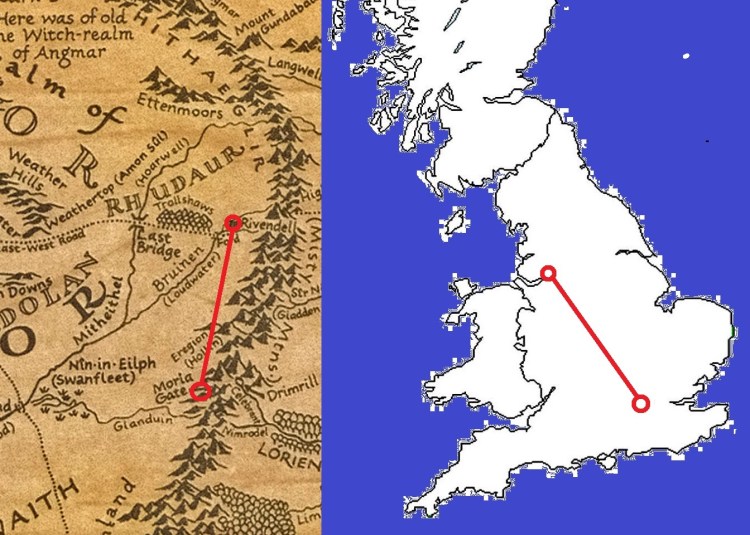 From Rivendell to Moria would be 175 miles, or 60 hours walking, spanning the same distance as from Manchester to London.