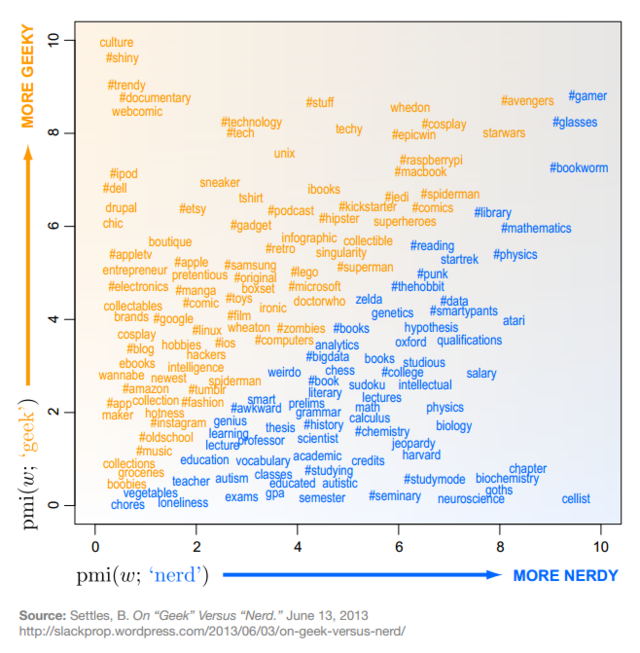 Science nerd and music geek Burr Settles attempted to clarify the difference between the terms “geek” and “nerd” using conversation data from Twitter. Settles then created a chart (pdf), which shows that specific technology knowledge and comic collections tend to be considered “geeky” while science pursuits, books, and education are usually “nerdy.” More on his methodology and conclusions can be found at Settles’ blog.

In broad strokes, it seems to me that geeky words are more about stuff (e.g., “#stuff”), while nerdy words are more about ideas (e.g., “hypothesis”). Geeks are fans, and fans collect stuff; nerds are practitioners, and practitioners play with ideas. Of course, geeks can collect ideas and nerds play with stuff, too. Plus, they aren’t two distinct personalities as much as different aspects of personality. Generally, the data seem to affirm my thinking.