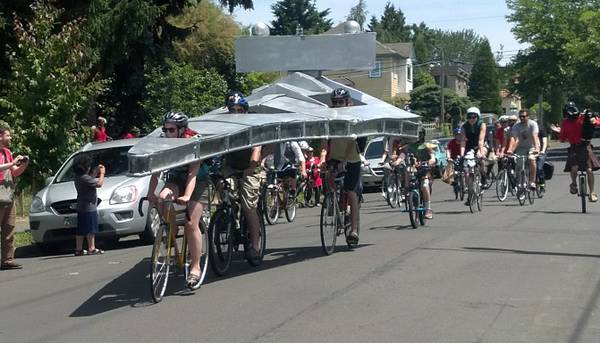 Residents of Portland, Oregon are in for a treat, as a custom-made, bicycle-powered, 22-foot-long Imperial I-class Star Destroyer parade float is currently available for free on Craigslist. The Star Wars-themed float fits in a standard road lane and requires four bicyclists to operate it. The current owner gives a stern warning about the seriousness of adopting such a craft.

SERIOUS REPLIES ONLY. YOU WILL NEED 4 PEOPLE ON BIKES OR A VERY LARGE TRUCK TO BE ABLE TO MOVE THIS.

Spaceship is bike powered; it does not actually fly.

The giant ship also made an appearance at two past Star Wars vs. Star Trek Bike Rides in Portland. 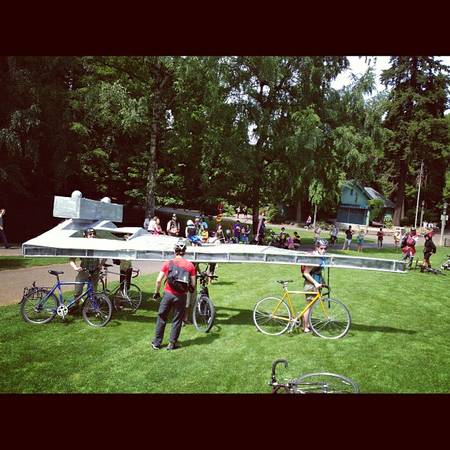 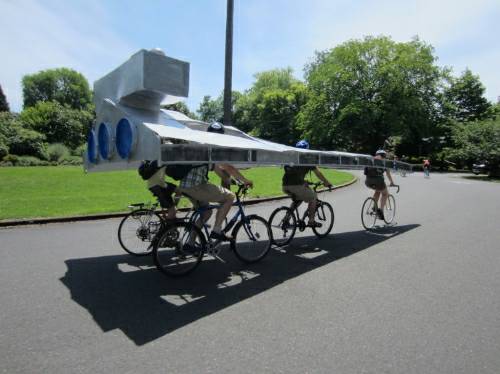