Today is the 25th anniversary of the fall of the Berlin Wall. As part of Berlin’s Fall of the Wall 2014 celebrations, 8,000 illuminated balloons have been installed along a 10-mile corridor in the city for an installation entitled LICHTGRENZE (Light Border). The line of balloons follows the former border between East and West Berlin–between 1961 and 1989 that border was demarcated by a deadly no-man’s land and the Berlin Wall. The installation was created by brothers Christopher and Marc Bauder, in collaboration with Robert Havemann Gesellschaft and Kulturprojekte Berlin.

We recently posted about Google’s video doodle commemoration of the fall of the Berlin Wall. 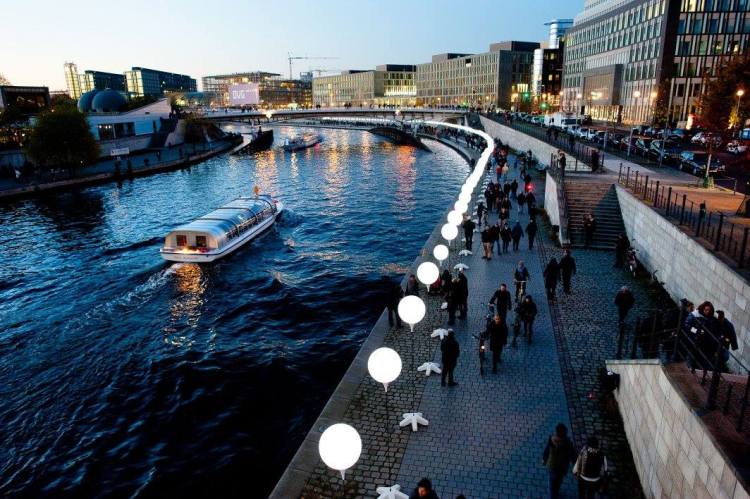 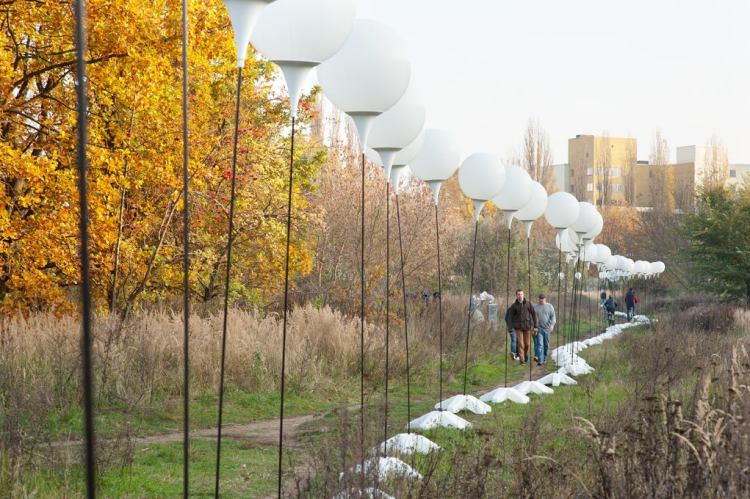 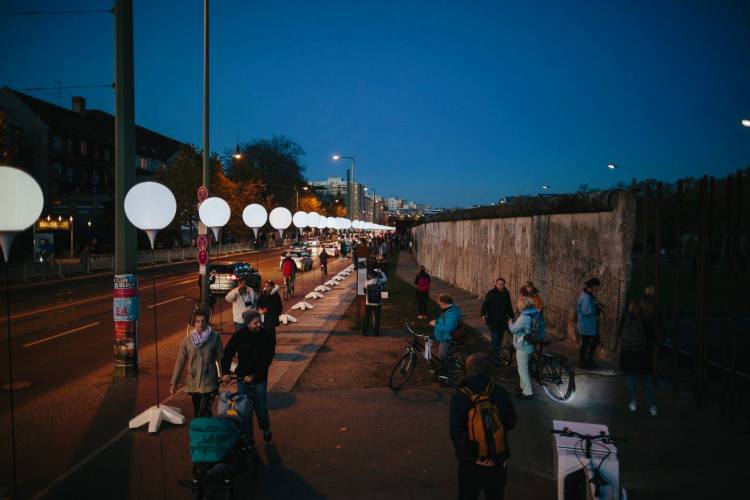 Balloons along one of the few remaining sections of original wall. Photo by Alexander Rentsch 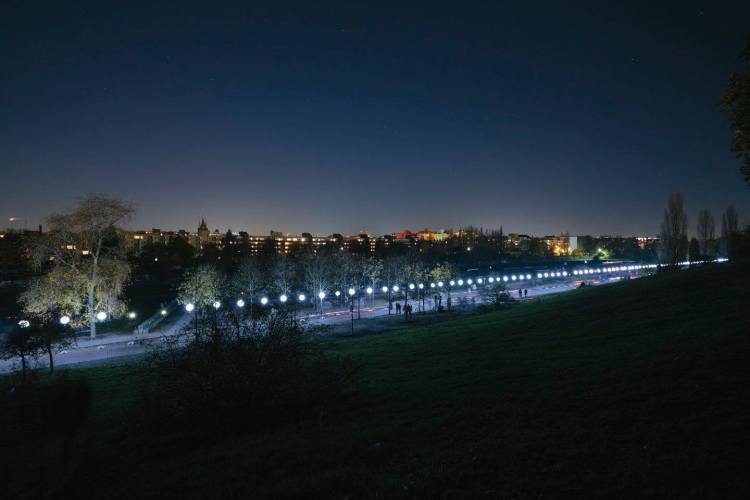 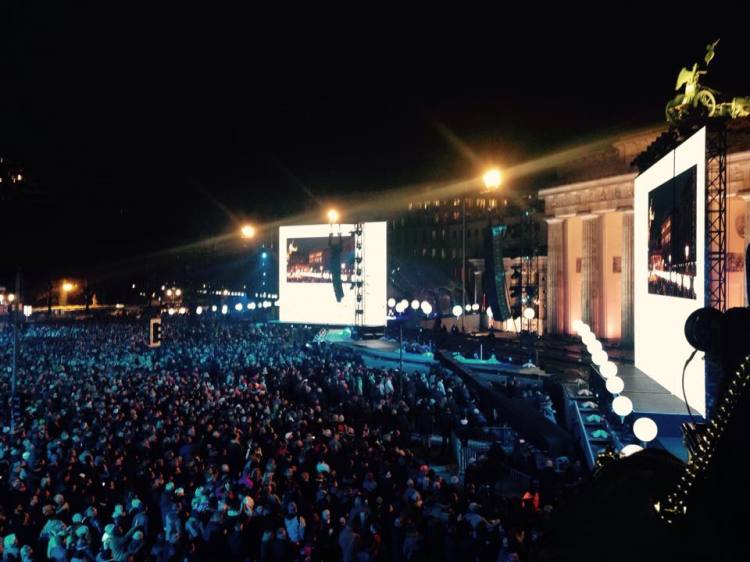 LICHTGRENZE and the Brandenburg Gate. Photo via Fall of the Wall 2014