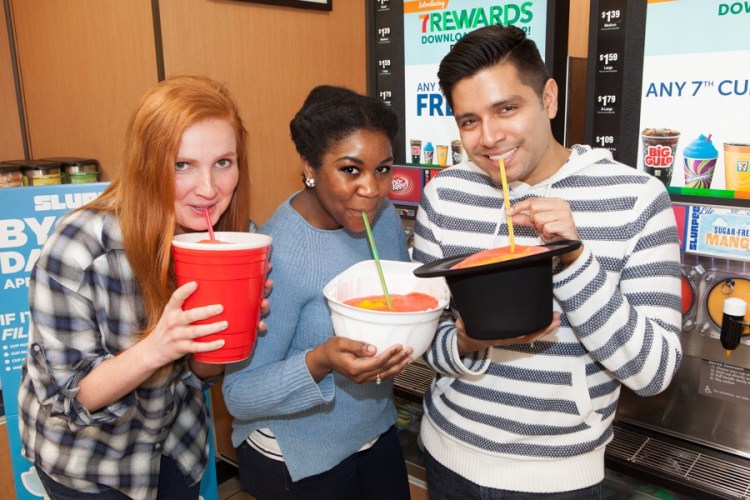 On Saturday April 11, 2015, 7-Eleven stores in the United States will host their first “Bring Your Own Cup Day” Slurpee promotion where customers can bring their own cup or other liquid-holding vessel and fill it for $1.49. The event runs from 11:00am to 7:00pm, and the only stipulations appear to be that the receptacle must fit within the 10-inch cutout of an in-store display, hold water, and be clean. There is also only one BYO cup fill per person.

7-Eleven stores in other countries such as Canada and Australia have held similar events in the past, but this is the first time United States locations are participating. The company is also encouraging customers to share their odd cup choices on social media with the hashtag #BYOCUPDAY. 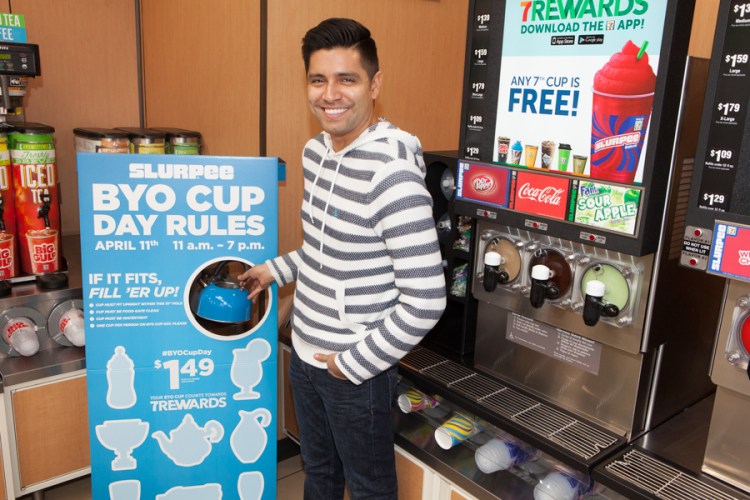 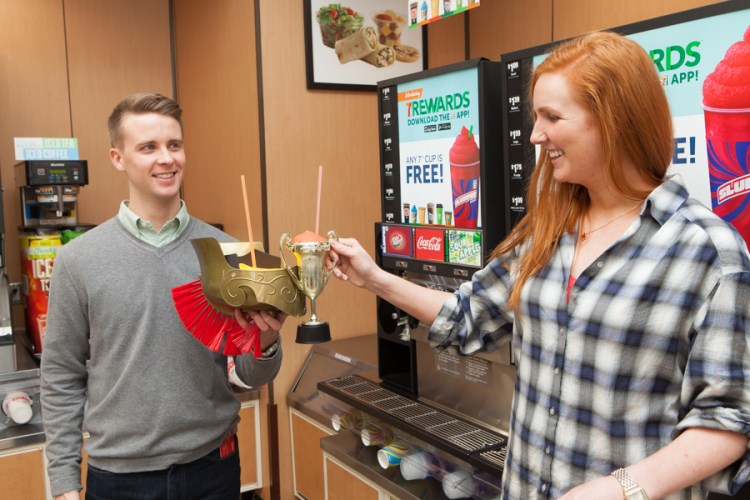 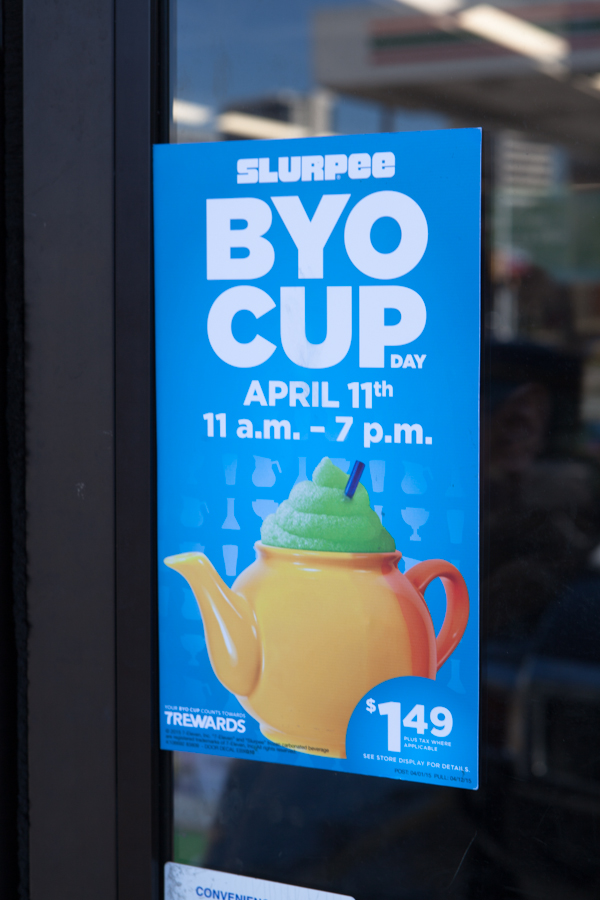