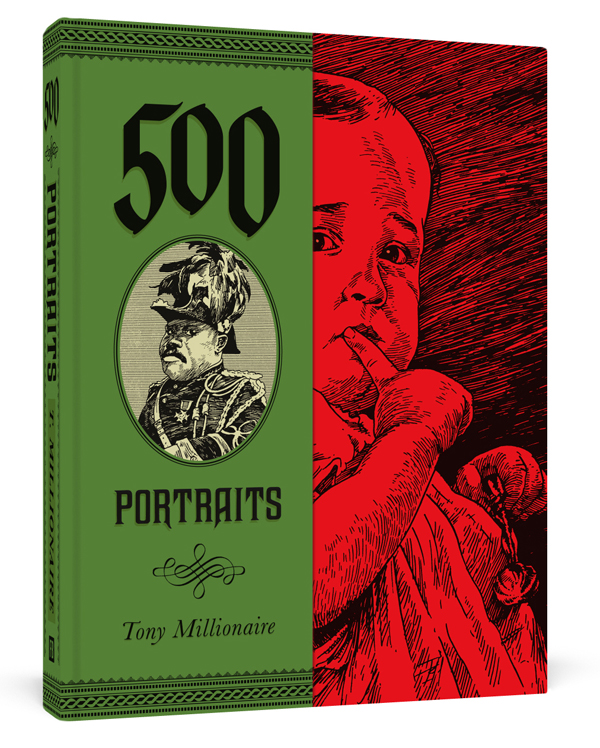 500 Portraits is the latest book from cartoonist Tony Millionaire which captures 500 portraits from his two decade career as a professional illustrator. Publisher Fantagraphics has posted an online gallery of images from inside the book.

Millionaire’s impeccable linework resembles that of Johnny Gruelle (creator of Raggedy Ann and Andy), whom he cites as one of his main sources of inspiration along with Ernest Shepard and “all those freaks from the ’20s and ’30s who did the newspaper strips.”

Many of these 500 portraits were created for The Believer, the magazine founded by Dave Eggers that Millionaire has helped define visually with his signature portraits of interview subjects in every issue since the magazine started. But it also includes dozens if not hundreds of illustrations from various other publications, including The New York Times, The New Yorker, Ephemera Press Historical Maps, The Wall Street Journal, and others. 500 black-and-white illustrations.