On April 14th, a group of 30 skiers attempted to break a world record set in 1970 by 19 skiers who all did a backflip while holding hands. You can watch their attempt in this video uploaded by YouTube user Michel Daoust — the flip happens at about 4:30 — and YouTube user ski free has uploaded another video shot from a different angle. 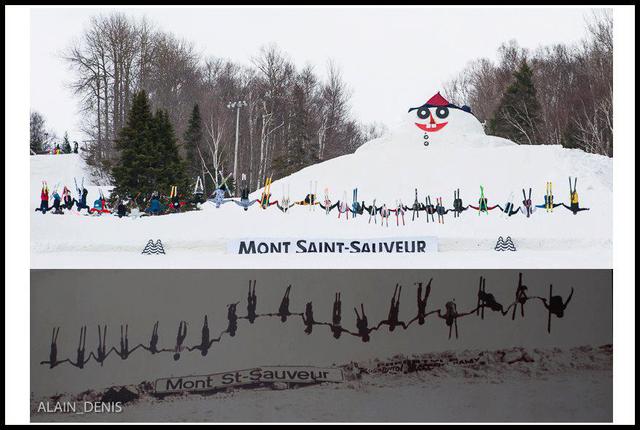