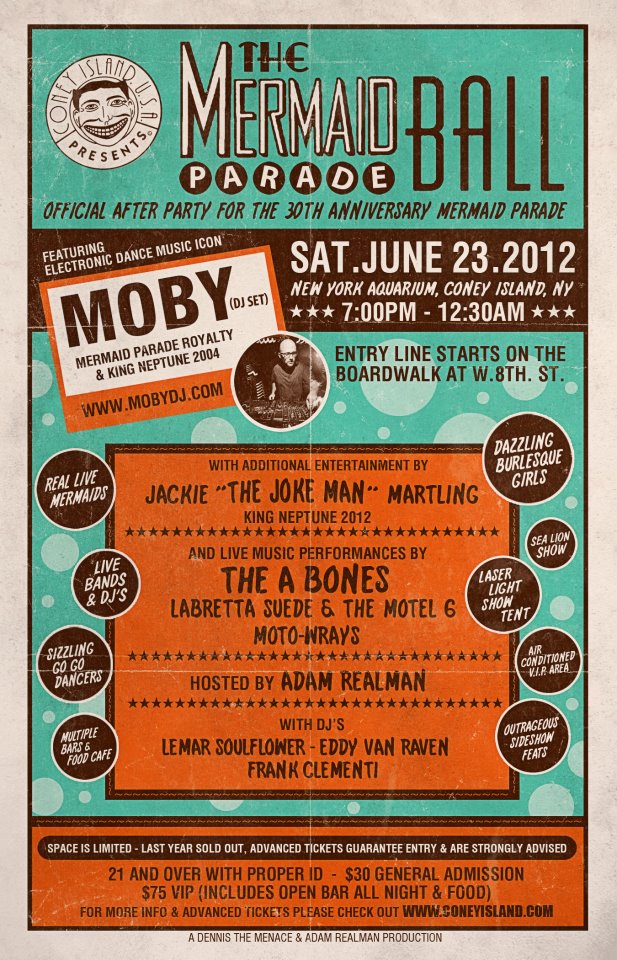 The 30th Annual Coney Island Mermaid Parade, the largest art parade in the United States, takes place June 23, 2012 starting at 2 PM. This year’s parade features Annabella Sciorra as the Queen Mermaid and Jackie “The Joke Man” Martling as King Neptune. The parade celebrates “the sand, the sea, the salt air and the beginning of summer, as well as the history and mythology of Coney Island, Coney Island pride, and artistic self-expression”. 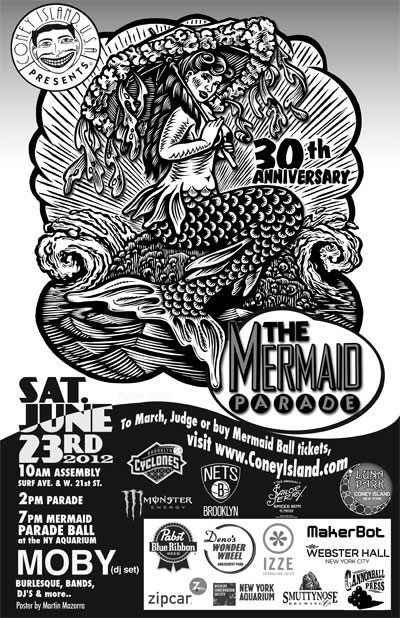