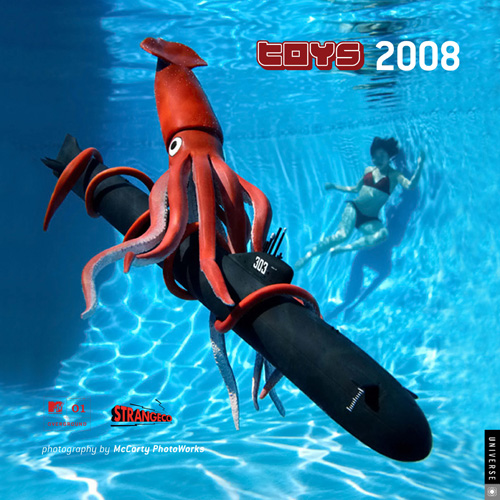 STRANGEco and MTV Books have just announced their new Toys 2008 Wall Calendar featuring the amazing toy photography of Brian McCarty. We are honored that the cover photo they chose for the calendar is the wonderful Laughing Squid photo that Brian and his McCarty Photoworks created for us. It’s the image that we used for last year’s Laughing Squid Decade 2 event poster.

The calendar is now available for pre-order, shipping late November.