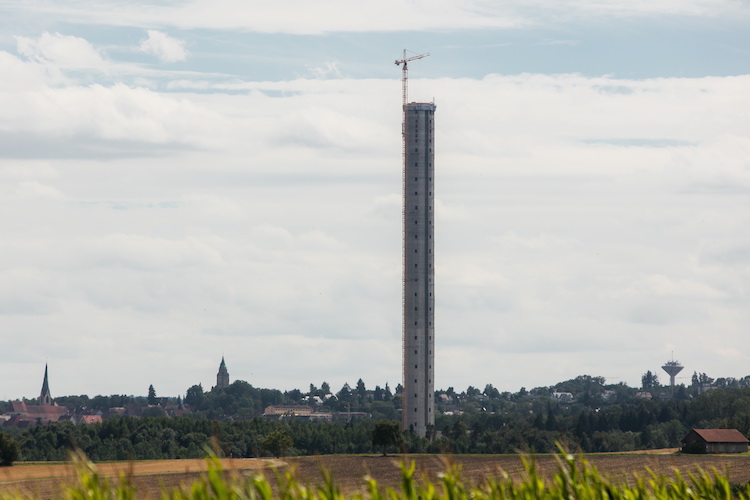 The ThyssenKrupp test tower in Rottweil, Germany is a 246 meter concrete tower built by the ThyssenKrupp elevator company to test their new Multi magnetic levitation elevator design. The tower features 12 elevator shafts, three of which are going to be used specifically for the Multi project which allows multiple cabins to occupy the same shaft.

The tower was designed by architects Helmut Jahn and Werner Sobek, and was built using a technique known as slip forming, where concrete is poured into a continuously moving form. This allows for rapid construction, and as a result the tower was built in just 245 days. 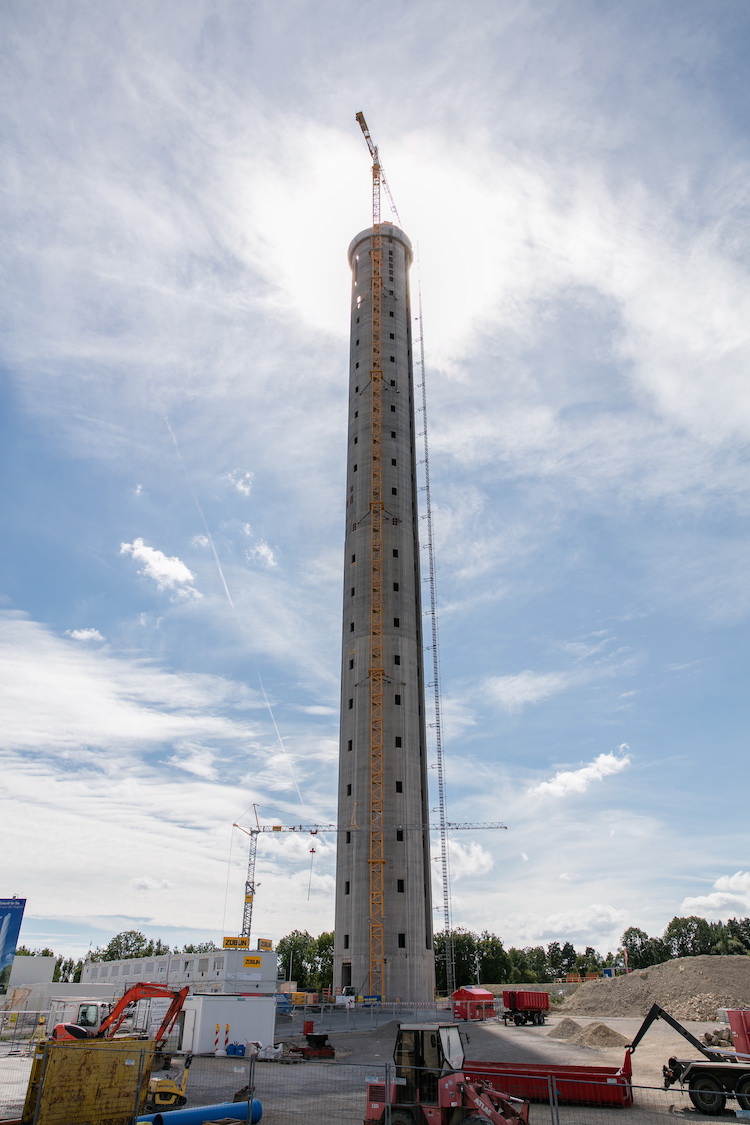 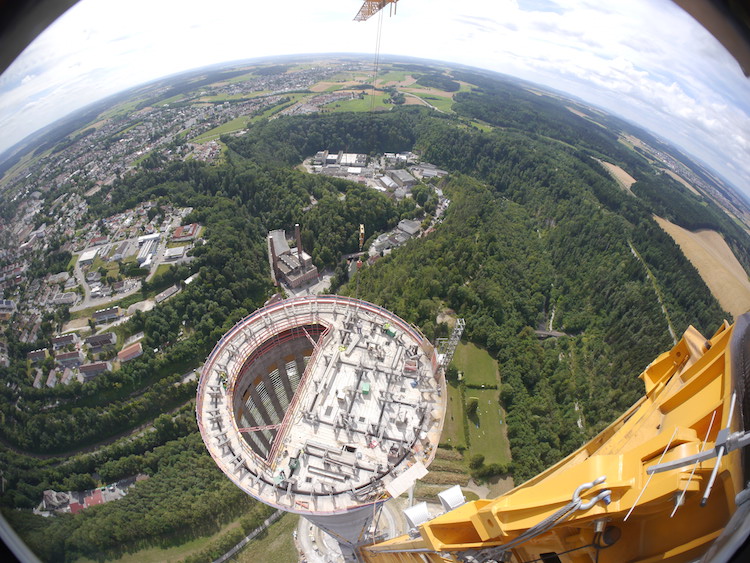 via Council on Tall Buildings and Urban Habitat, Gizmodo