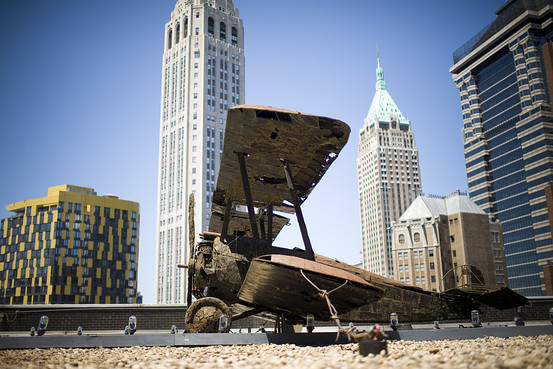 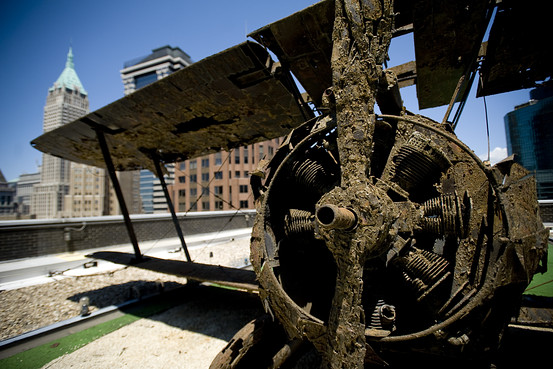 For years, a mysterious World War I biplane has been parked on a rooftop landing strip at 77 Water Street in New York City. The plane is in fact a replica of a British Sopwith Camel fighter, and it was hoisted on to the roof in 1969 as a bit of architectural whimsy by the building’s developers. Film location scout Nick Carr of the blog Scouting NY delved into the plane’s backstory for the Wall Street Journal.