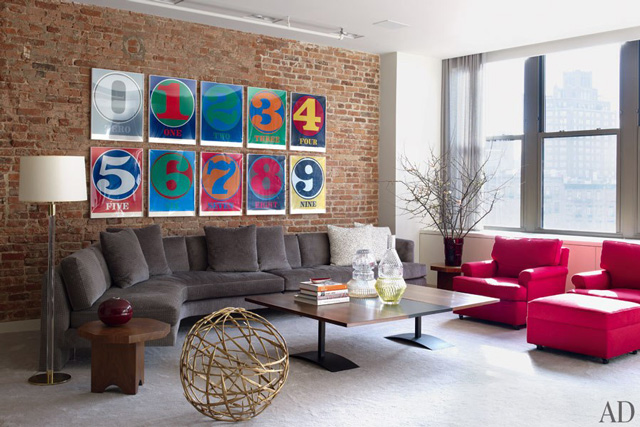 In the March 2013 issue, Architectural Digest featured the Manhattan loft home owned by Will Ferrell & his family which was by renovated by architect Richard Perry and decorated by interior designer Shawn Henderson in 2010. More photos and the full story can be found at Architectural Digest.

…Ferrell’s goofball genius has an urbane flip side. Consider, for instance, the Manhattan pied-à-terre he shares with his Swedish wife, Viveca Paulin-Ferrell—an auctioneer at Los Angeles Modern Auctions—and their three children. Located downtown in a converted Victorian-era printing factory, the nearly 2,800-square-foot loft exudes contemporary refinement, with sleek surfaces and mindfully preserved architectural details serving as a backdrop for 20th-century art and furniture.