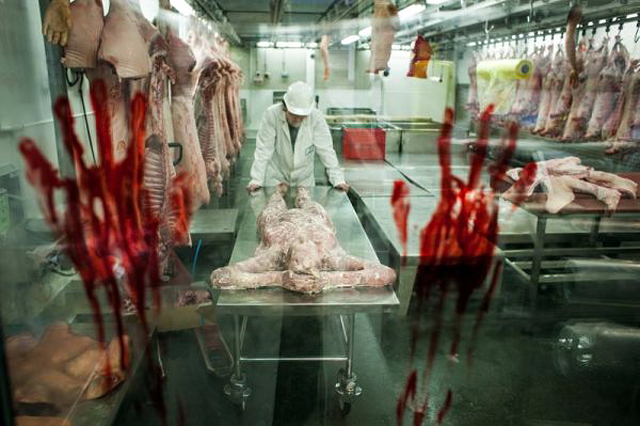 To promote the survival horror third-person shooter video game Resident Evil 6 being released, Capcom created a killer PR stunt by turning the Smithfield Meat Market in East London into a Resident Evil themed human butchery shop named Wesker & Son, which also acted as a pop-up art installation. The event took place on Friday, September 28, 2012 and Saturday, September 29, 2012. The wild selection of edible human-like food being sold was created by food artist Sharon Baker, Tongue ‘N Cheek, Homemade Hampers and drinks were served up by Loading Bar. All proceeds from the meat sales were donated to the Limbless Association, an organization that provides support and information to individuals with limb-loss. There was even a live pop-up morgue with extras supplied by Amputees In Action.

A statement from Capcom:

Once at the Wesker & Son butchery, members of the public will be invited to sample and purchase a dizzying array of edible human limbs including hands, feet and a human head, which will be available to buy directly from the shop. As well as these specially created products, gamers will be able to buy ‘Peppered Human & Lemon Sausages’ and ‘J’avo Caught Human Thigh Steaks’ along with some specially made pots of Red Herb and Green Herb. All proceeds from the sale of the meat will be donated to the Limbless Association, which provides information and support to the limb-loss community.

In addition to the pop-up human butchery and morgue, Resident Evil fans will be invited to attend two days of lectures at St. Bartholomew’s Hospital Pathology Museum, which have been designed to explore some of the themes in the game and their links to real life. 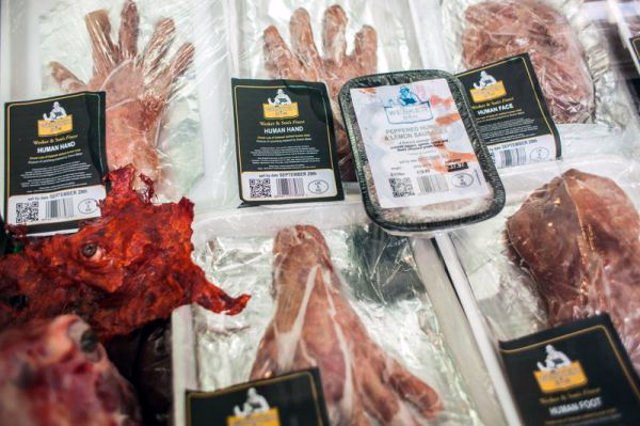 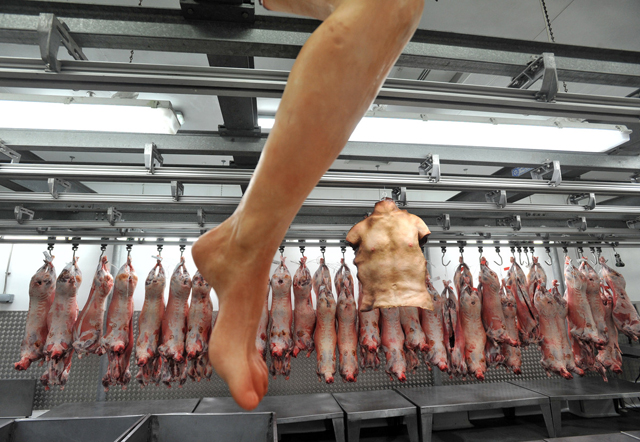 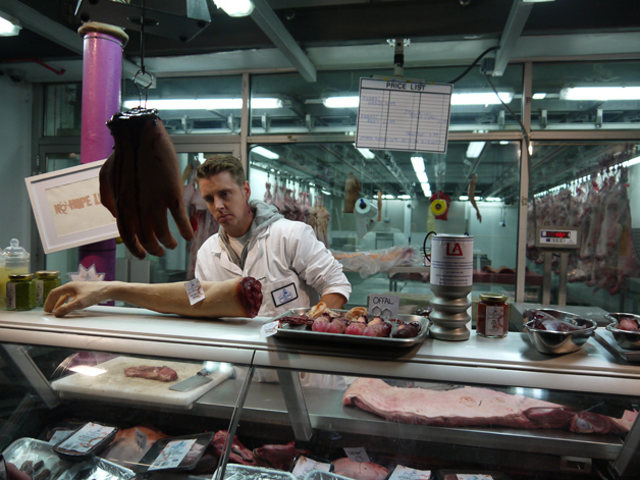 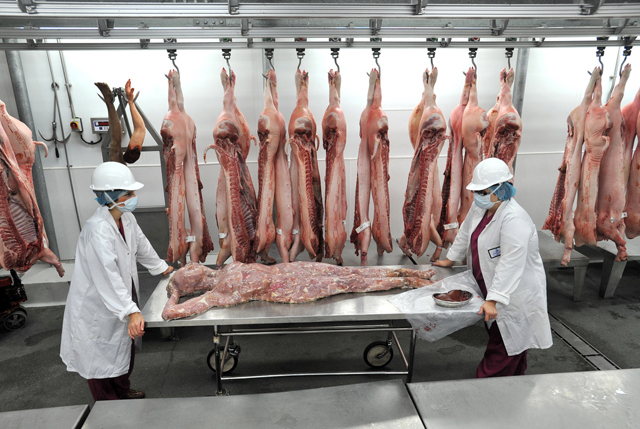 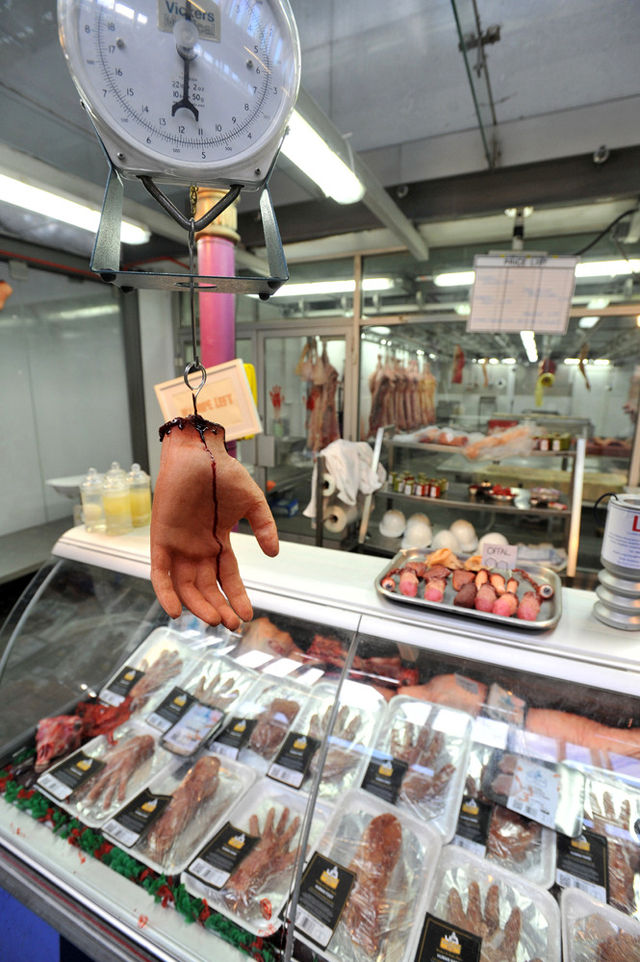 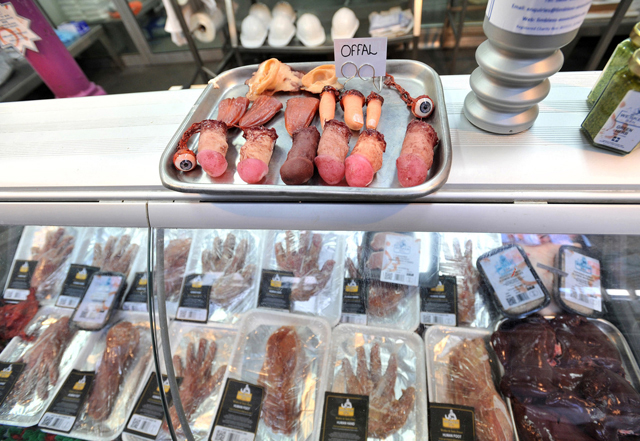 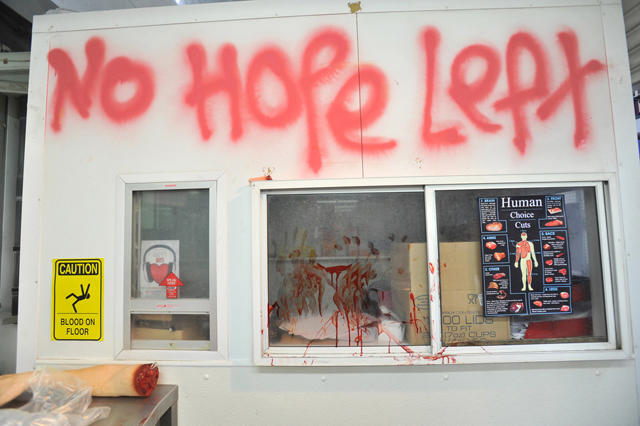 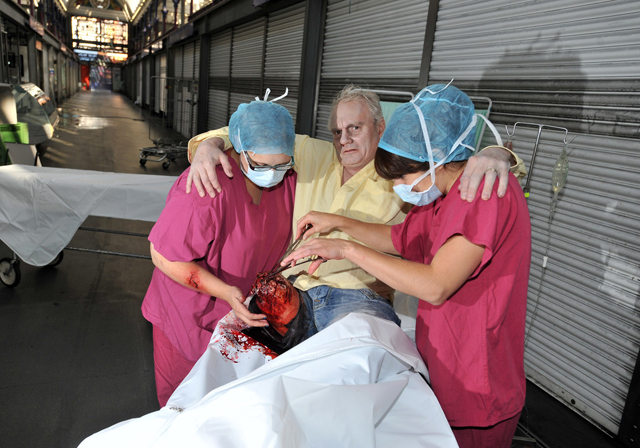