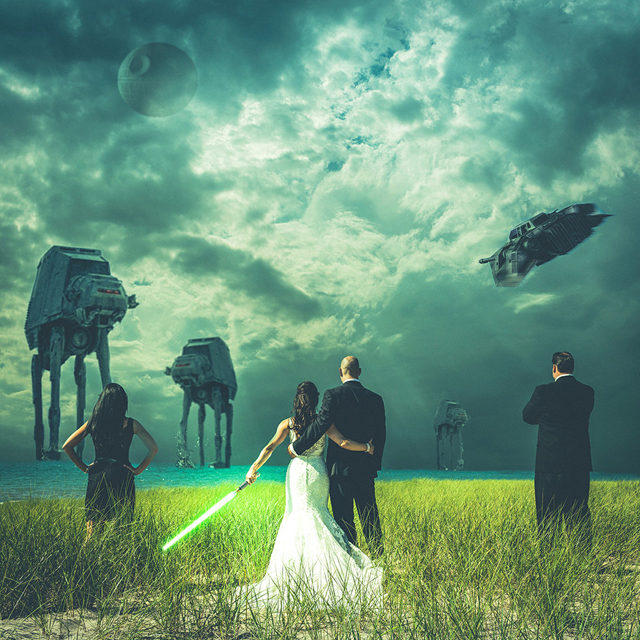 Chicago-based photographer Steven Kowalski shot and edited a wonderful Star Wars-themed wedding photo for Michigan-based newlyweds John and Mindy Doychich. The photo depicts the lightsaber wielding bride, her husband, maid of honor and best man all preparing to battle a group of AT-AT Walkers and the Death Star. Previously, we wrote about a bridal party being chased down by AT-AT Walkers and a Tyrannosaurus Rex.

Steven shared more information on his photo with The Huffington Post:

The newlyweds are into “anything nerdy” like “Doctor Who” and “Star Wars” (they even served a Boba Fett-shaped groom’s cake at the wedding), and the idea for the photo was born when he learned they had a replica of Luke Skywalker’s lightsaber.

“They had mentioned wanting to do something different,” Kowalski said. “I had the idea for them to be looking up at an epic battle.”