The concept is again simple and it is another visual exploration of something new and totally different. This time we cast some unique looking women, shaved their heads, (or applied bald caps) and hurled water balloons at their heads, and captured the explosion of water at various intervals. The result a new head of water hair! Our goal was to create a beautifully crafted set of images applying the techniques we learned with our original project and apply it to a futuristic fashion feature. We felt the latex outfits fit with the concept and allowed us to wipe dry after each balloon. 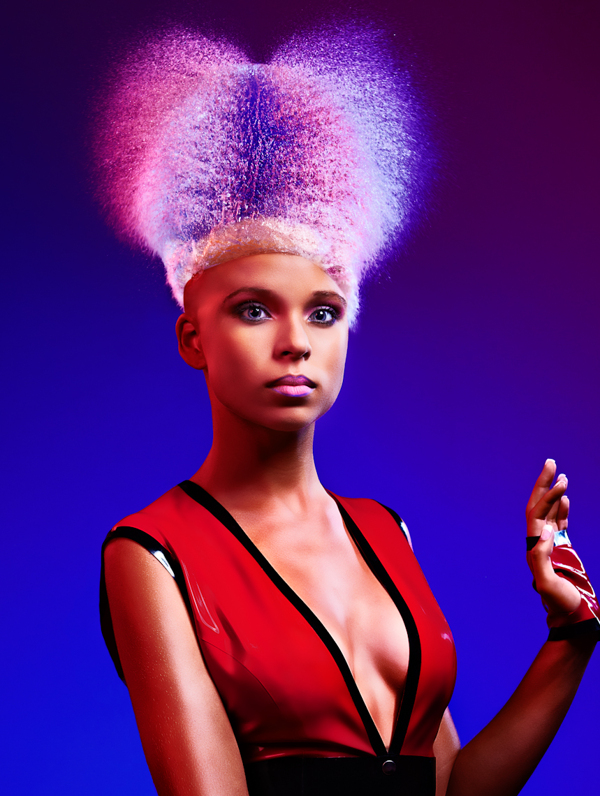 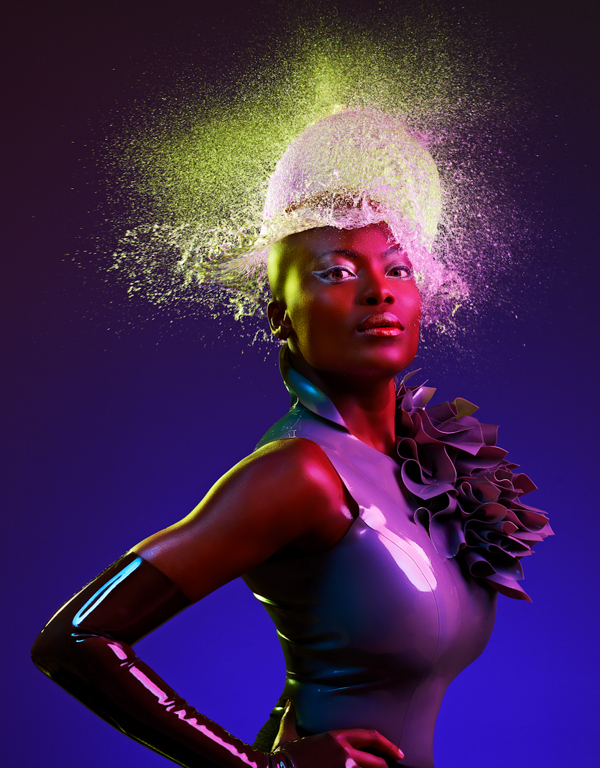 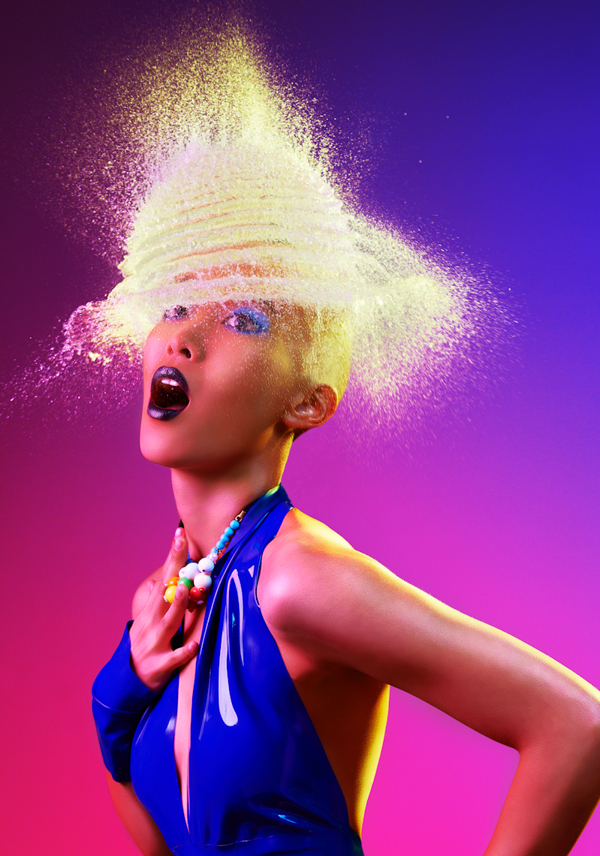