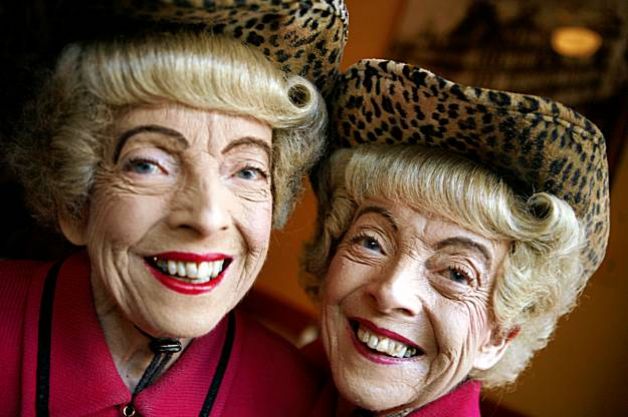 Vivian Brown, one of the famous Brown (identical twin) sisters, has died at the age of 85. Marian and Vivian Brown were known for sporting the same sharp outfits and hairdos and hitting the town, making them beloved local celebrities. They were most often found stationed in the window seat at Uncle Vito’s, a pizzeria in Nob Hill. SFGate has a full obituary and images of the twins throughout their life.

photo by Mike Kepka, The Chronicle