The Vince Guaraldi Trio is known for composing much of the music for the “Peanuts” animated specials featuring such iconic comic strip figures as Charlie Brown, Lucy, Linus, and of course, Snoopy. While the sound of Guaraldi’s piano became very well known, his singing voice was rarely heard by the public. In 1973, however, Guaraldi put out a humorous song entitled “Little Birdie” featuring himself on vocals.

In honor of the 70th anniversary of Peanuts, the record company has released a very cheerful animated lyric video for the song. This and other nostalgic songs from the animated series and specials is being released as Peanuts Greatest Hits, a commemorative picture disc.

Sing-a-long with Vince in the first-ever lyric video for “Little Birdie,” a rare vocal expression from the maestro. Released in conjunction with the ‘Peanuts Greatest Hits’ Picture Disc LP featuring Woodstock and Snoopy.

The picture disc will be available to pre-order for release on July 24, 2020.

Features 12 of the most memorable recordings from the beloved animated Peanuts television specials, all with the sophisticated, yet accessible jazz stylings of the Vince Guaraldi Trio. Peanuts Greatest Hits includes such favorites as the instantly recognizable “Linus and Lucy,” the “Charlie Brown Theme” from A Boy Named Charlie Brown, the festive “Christmas Is Coming” from A Charlie Brown Christmas, as well as the humorous “Little Birdie,” which features vocals by Vince Guaraldi himself! 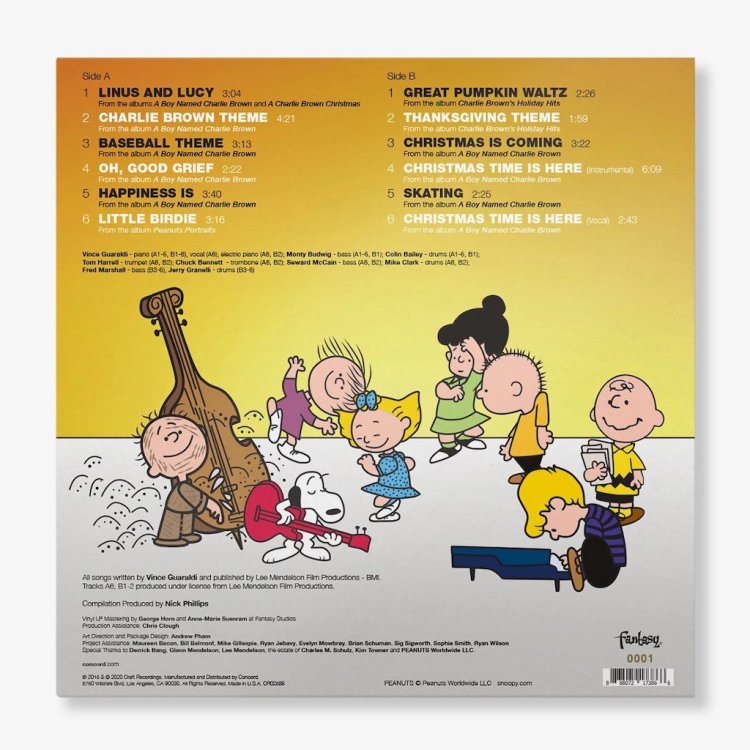