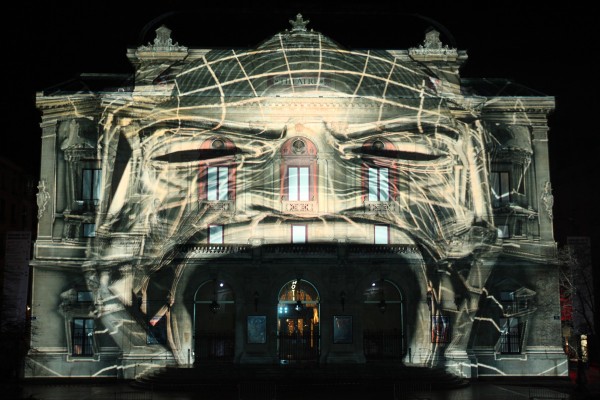 French architecture firm 1024 Architecture created “Perspective Lyrique,” an interactive video projection mapping that gave the illusion of a singing, dancing building as part of the 2010 Lyon Festival of Lights.

A mapping by 1024 Architecture, projected on the facade of former Lyrical theater the “Celestins”.
The building deformations and figures were controlled by the audience, using a microphone and an audio analysis algorythm.

submitted by Sally McIntyre via The Telegraph