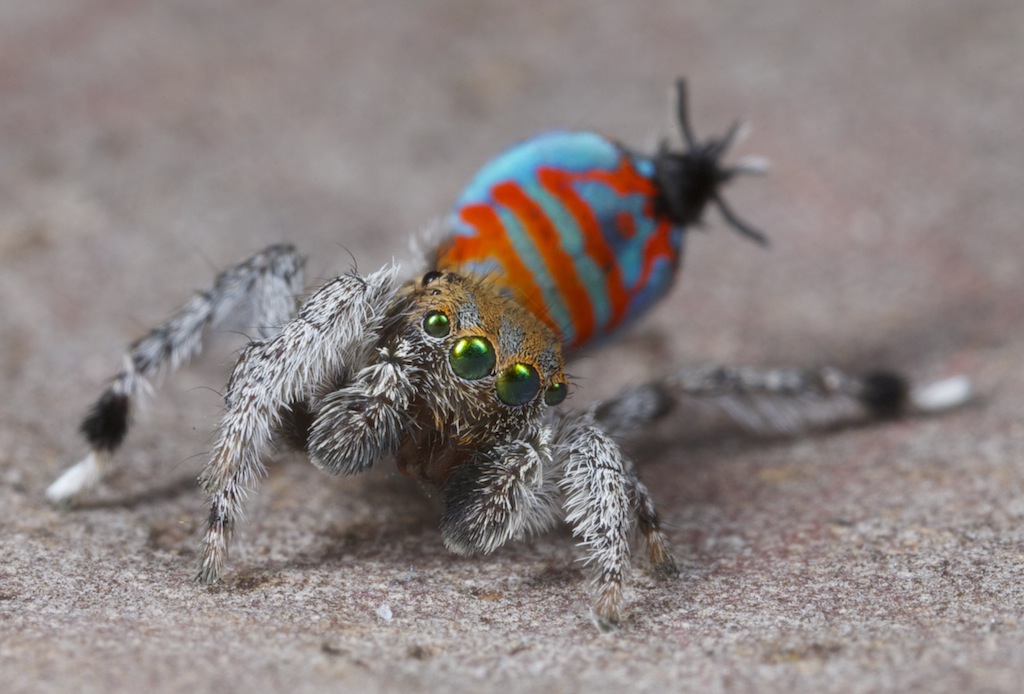 Two new strikingly patterned species of peacock spider, which have been nicknamed “Sparklemuffin” and “Skeletorus” respectively, were recently discovered in Australia. The spiders were discovered by Madeline Girard, a graduate student at the University of California, Berkeley, and a friend who was accompanying her in the field. The spiders’ nicknames (coined by Girard) are more or less self-explanatory: Skeletorus (Maratus sceletus) sports a stunning black and white pattern reminiscent of a skeleton. Sparklemuffin (Maratus jactatus) has blue and red stripes on its incredibly vivid abdomen.

Note that, as with most peacock spiders, the males sport the colorful attire while the females and young are brown. The spiders are also quite small, just .1 to .7 inches long. Researcher and photographer Jürgen Otto has many more photos of Skeletorus, Sparklebottom, and other peacock spiders on Flickr. 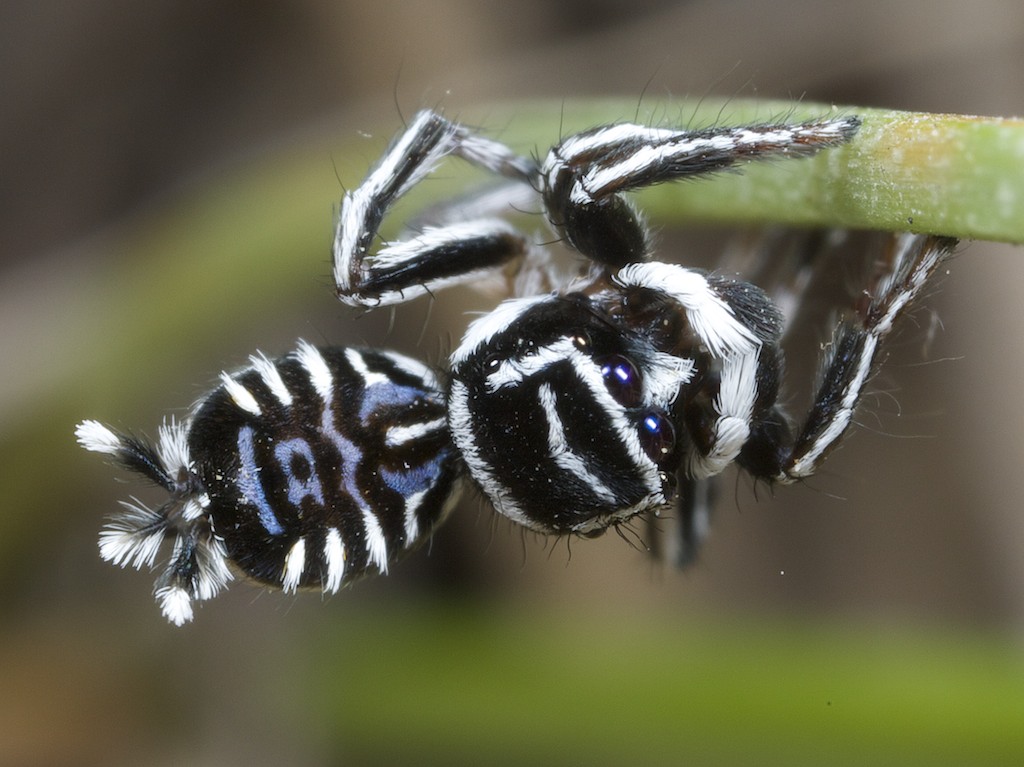 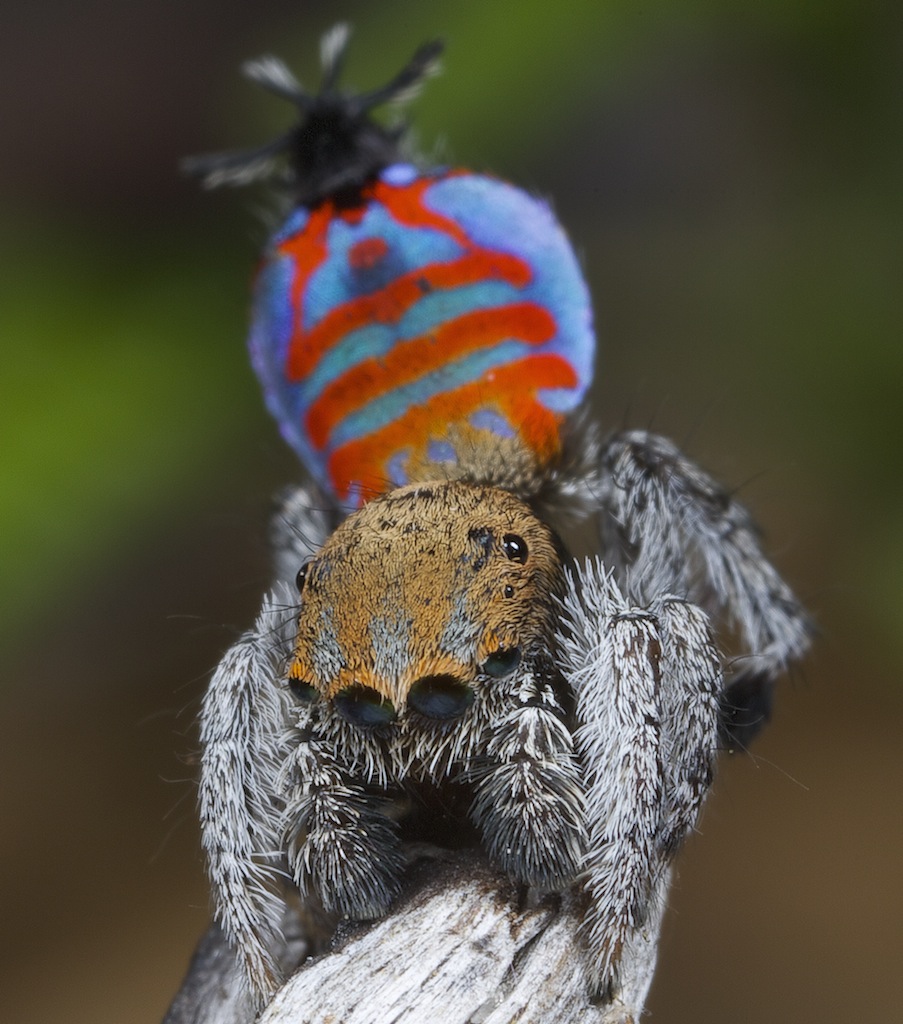 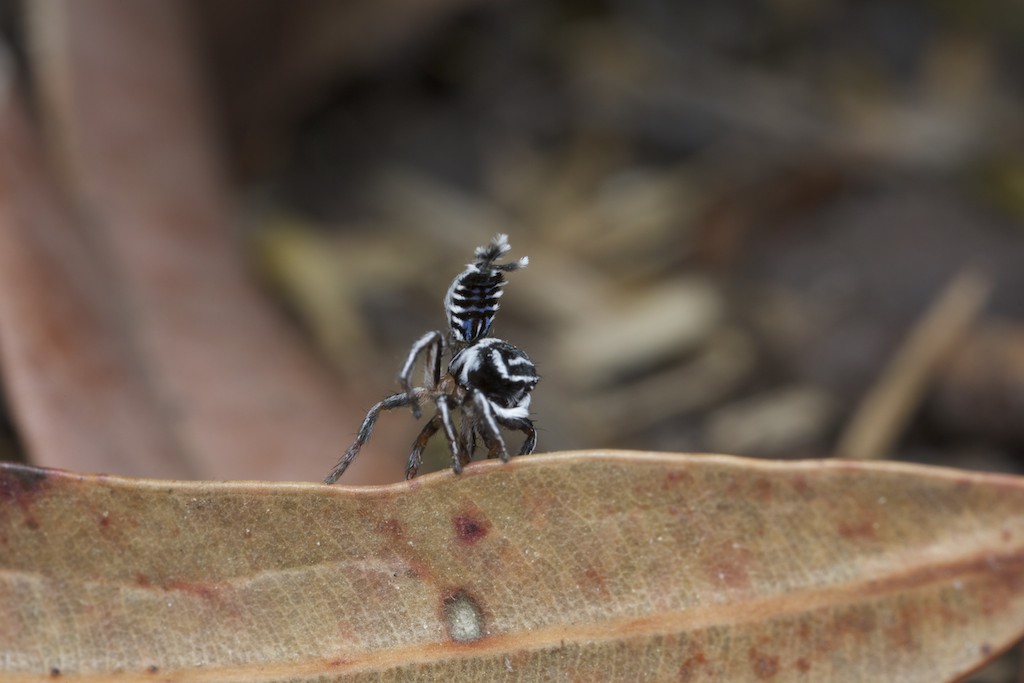 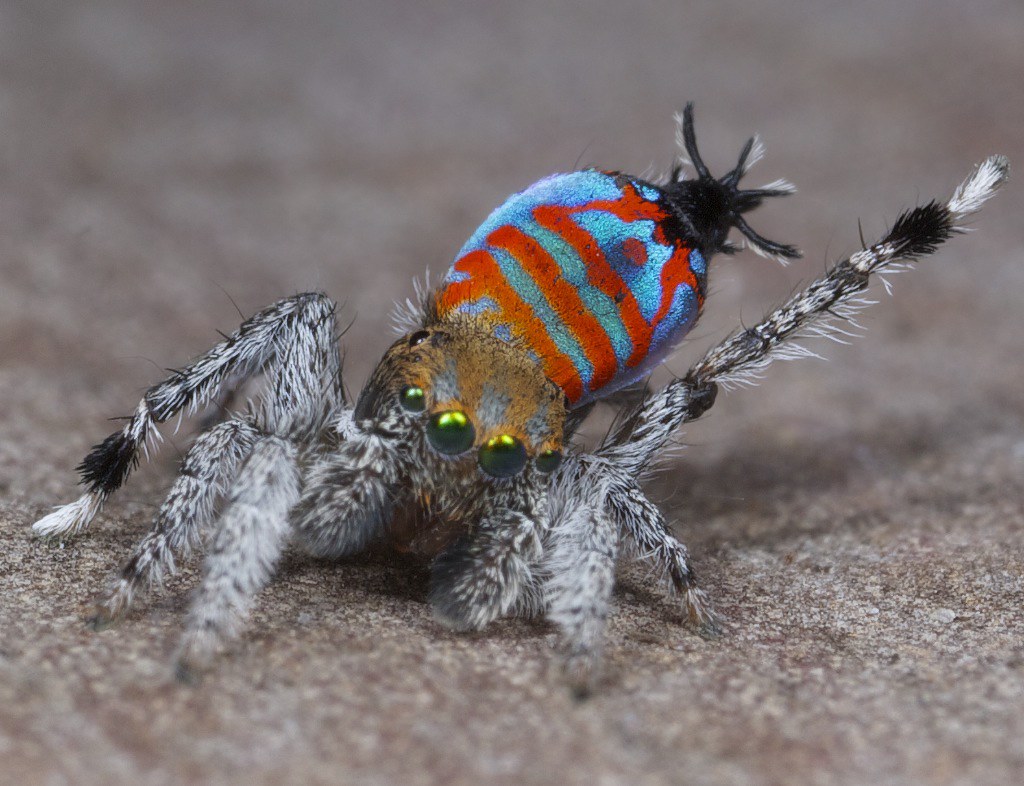 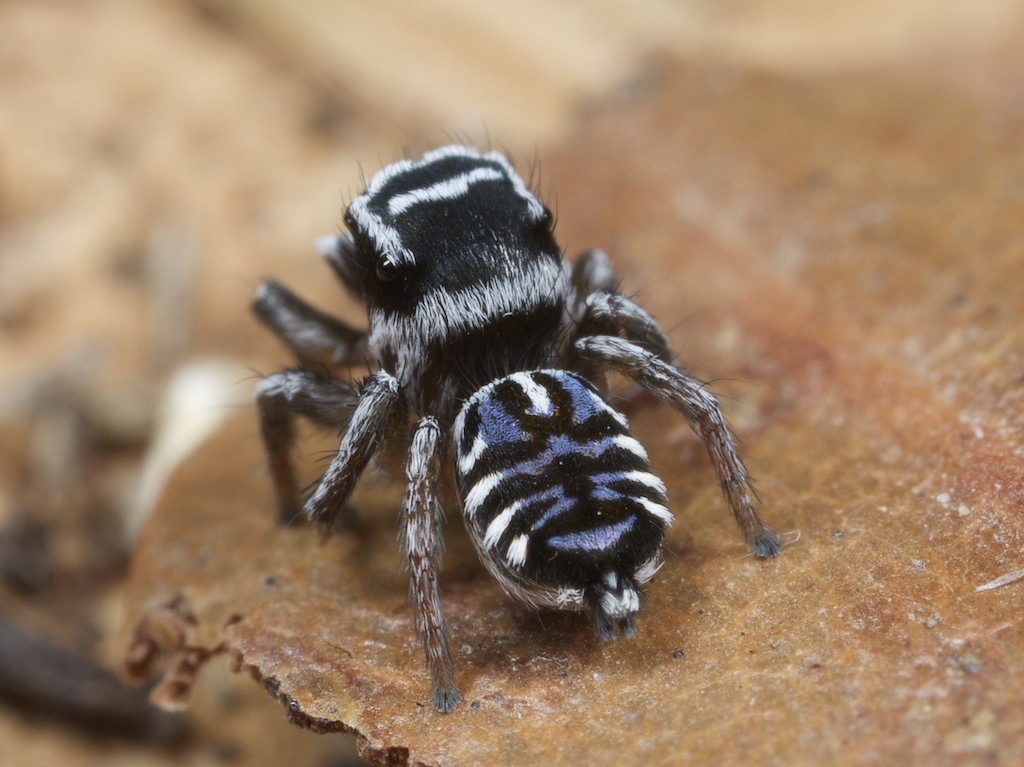