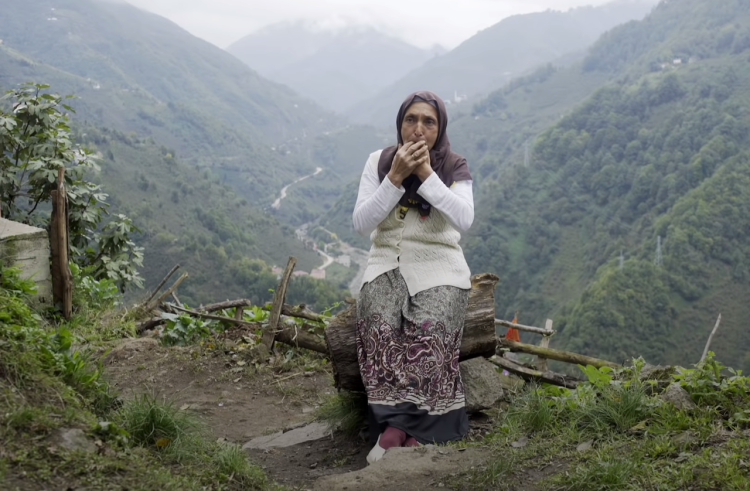 Great Big Story went into the remote mountains of Turkey where the main language isn’t spoken but whistled instead. This language, called kus dili (bird language), was used by farmers working along the Pontic mountainside for centuries until the invention mobile phone erased the need for this language. It’s still being kept alive, however. Resident Muazzez Köçek, the expert whistler of Kusköy, demonstrated the various tones of whistle used to communicate throughout the village.

Muazzez Köçek lives in Kusköy, and she is the best whistler in her village. Muazzez shows us how she uses varied pitch frequencies and melodies to translate Turkish vocabulary into whistles with meaning.