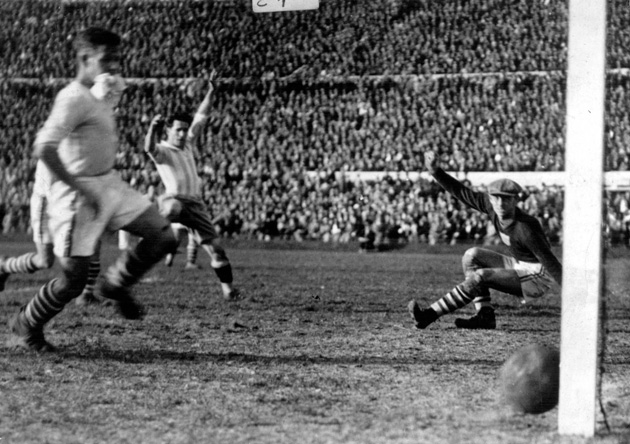 In honor of the 2014 FIFA World Cup, The New York Times is offering up The World’s Ball, an interactive visual history of the tournament’s game balls from their humble beginnings as hand-sewn leather objects in the 1930 World Cup to the heat-sealed aerodynamic balls of today.

The 1970 World Cup was broadcast by satellite in both Europe and the Americas, and the Telstar Durlast was designed to be television friendly. The enduring black-and-white pattern was said to improve visibility on black-and-white sets.

photo via The New York Times