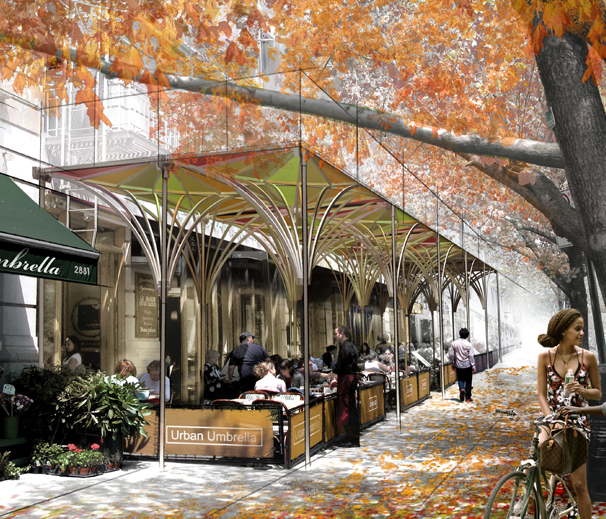 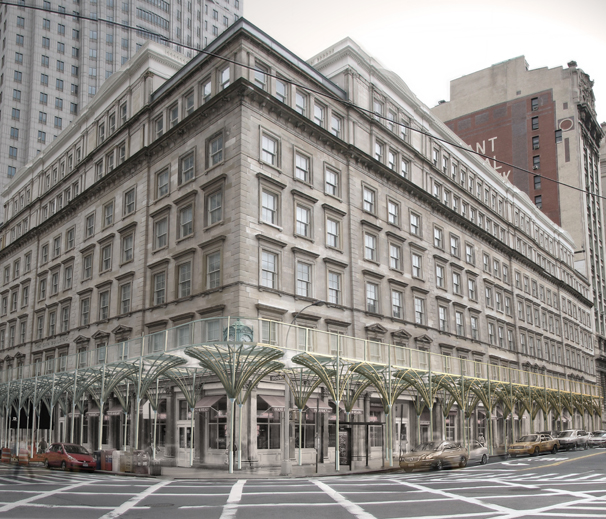 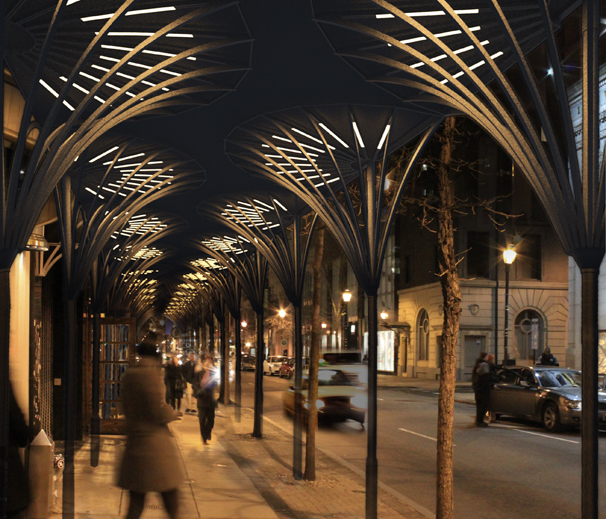 The Urban Umbrella is a replacement for the ubiquitous sidewalk shed, the ugly steel and wood scaffolding that covers sidewalks around construction zones. Designed by Young-Hwan Choi and New York-based Agencie Group, Urban Umbrella is constructed from recycled steel and translucent plastic and is designed to make covered sidewalks airier and generally more pleasant. The first public test of the new design will start in December at 100 Broadway in Manhattan.

The Urban Umbrella was the winner of the 2009 UrbanSHED competition, a design competition for a sidewalk shed replacement, sponsored by the New York City Department of Buildings. City officials hope the new design will begin replacing some of the 6,000 sidewalk sheds that are deployed in New York City.