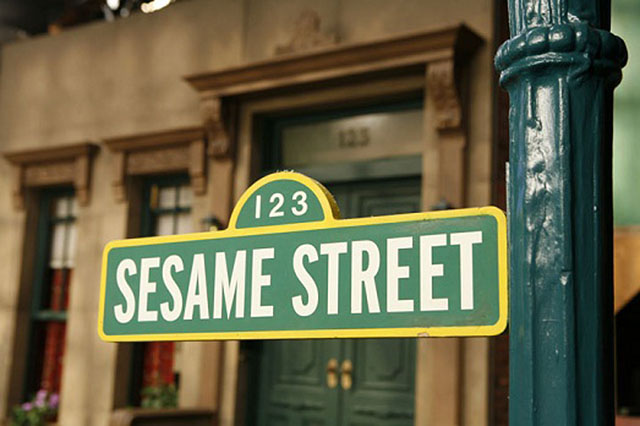 Susan Tofte, an archivist for Sesame Worskhop, has written an enlightening article that tells the story of how Sesame Street got its name. You can read the full article online at the Sesame Workshop blog.

There is a scene in the promo film for Sesame Street where ad-men type Muppets in business suits meet around a large conference table debating potential names for the show. Ridiculous titles are suggested like the Two and Two Ain’t Five Show and the Itty-Bitty, Farm-and-City, Witty-Ditty, Nitty-Gritty, Dog-and-Kitty, Pretty-Little-Kiddie Show. Ralph the Dog fires the entire group of Muppets and Kermit the Frog eventually comes up with the name Sesame Street. “You know, like ‘Open Sesame.’ It kind of gives the idea of a street where neat stuff happens,” he suggests… [Read More]