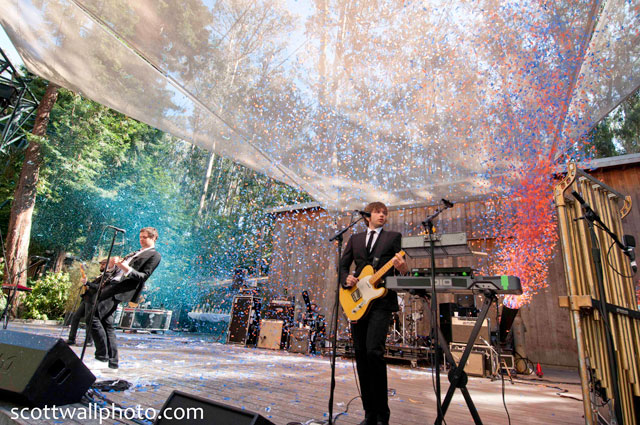 On Sunday August 26, 2012, San Francisco’s Stern Grove Festival closed out its 75th season of admission-free performing arts’ shows with alt-rock band, OK Go, and their local opening band, The Family Crest. Here are some of the beautiful shots that photographer Scott Wall captured of this final 2012 show for the Stern Grove Festival Association, the non-profit organization behind these outdoor performances.

Donations to Stern Grove can be made online and membership, at some donation levels, comes with some great benefits, including picnic table seating for one or more of their summertime shows. 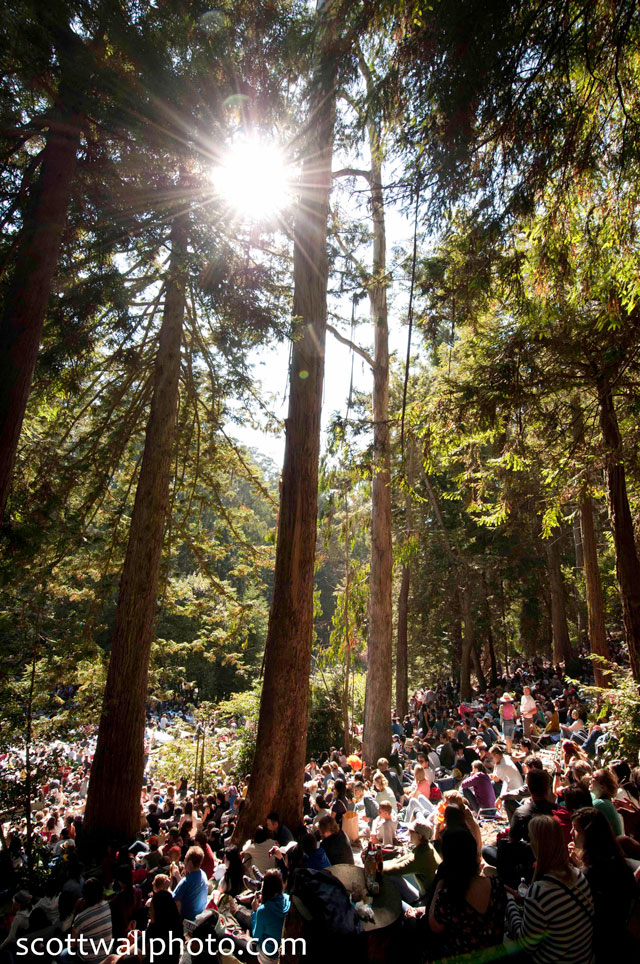 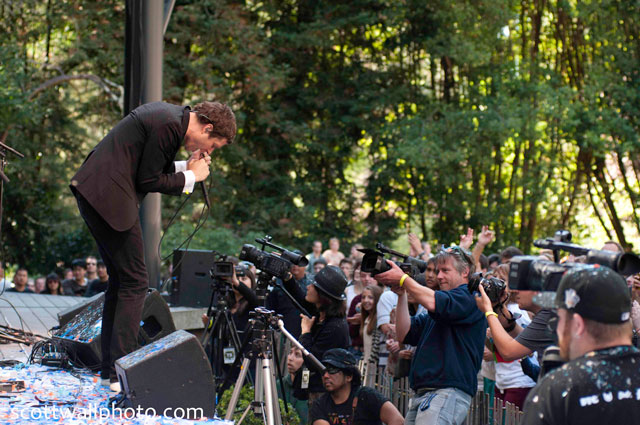 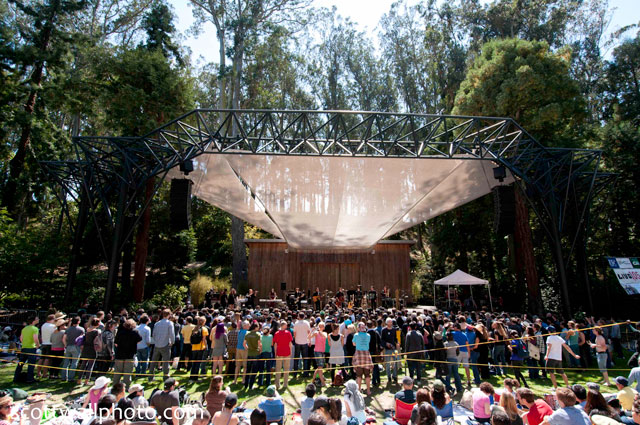 After living in the San Francisco Bay Area for many years, I finally had the pleasure of attending a concert at Stern Grove, starting with OK Go & The Family Crest, and I cannot recommend it highly enough. Shows at Stern Grove are family-friendly, so I was able to bring my young daughter (who loved it). Pre-show, I met the band members of OK Go and Scott Wall captured these two images. Thanks to the band for graciously humoring me, without question, that squirrel mask shot. 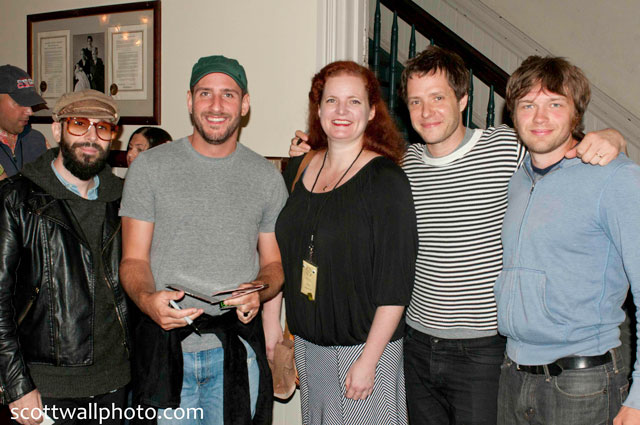 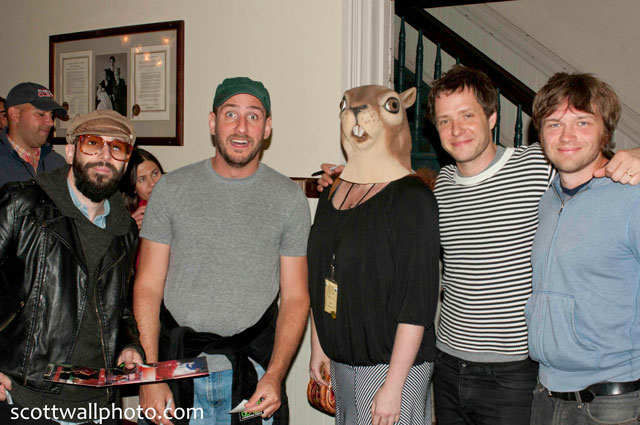 Here’s a photo shot from the band’s point-of-view: 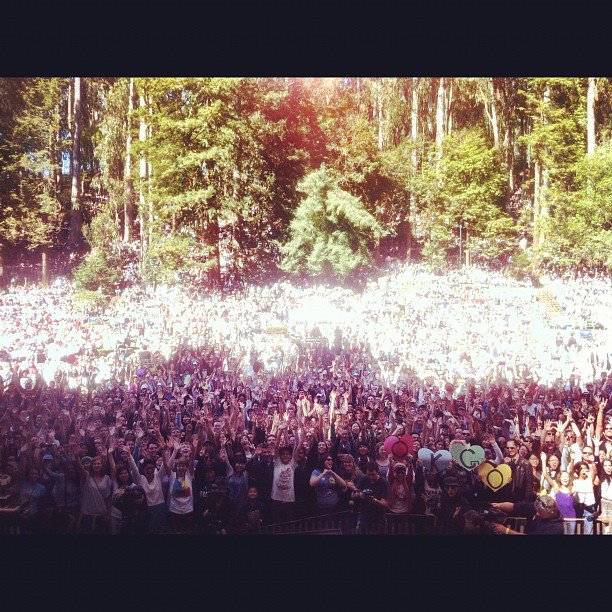