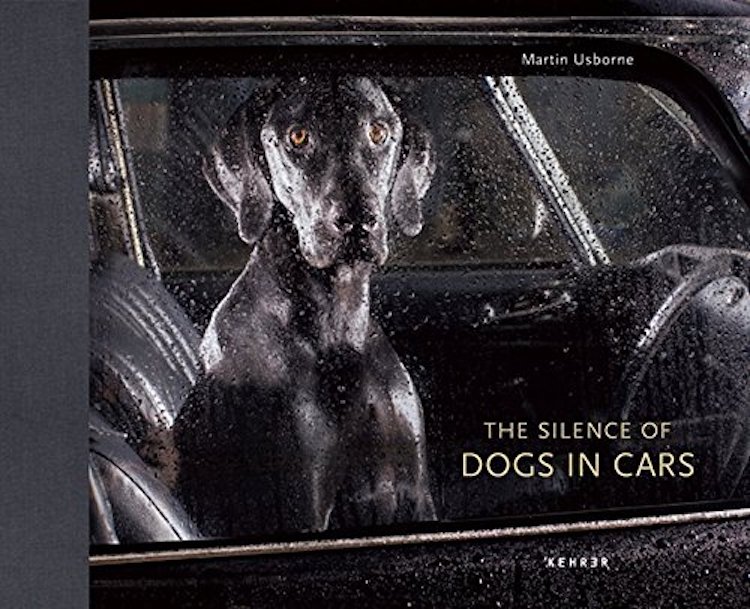 In 2012, we wrote about photographer Martin Usborne and his efforts to raise money through Kickstarter to fund his upcoming, unnamed “Dogs in cars” photography art book. The fundraising was successful and shortly thereafter the new book entitled “The Silence of Dogs in Cars“. Usborne used his own childhood memory to create the story.

I was once left in a car at a young age. I don’t know when or where or for how long, possibly at the age of four, perhaps outside a supermarket, probably for fifteen minutes only. The details don’t matter. The point is that I wondered if anyone would come back. The fear I felt was strong: in a child’s mind it is possible to be alone forever. …When I started this project I knew the photos would be dark. In a sense, I was attempting to go back inside my car, to re-experience what I couldn’t bear as a child. What I didn’t expect was to see so many subtle reactions by the dogs: some sad, some expectant, some angry, some dejected. It was as if upon opening up a box of grey-coloured pencils I was surprised to see so many shades inside. There is life in the darkest places inside us.

via Arpeggia, My Modern Met