The reason for the Earth’s seasons is succinctly explained using space imagery in this 2011 video from NASA Earth Observatory. As the year goes on, and the Sun’s rays hit the Earth differently based on the planet’s relative position to it, the seasons change. Winter in a hemisphere is essentially a lack of sunlight.

The four images below, starting with the upper left and going clockwise, show the way sunlight hit the Earth on December 21st, 2010, followed by March 20th, 2011, then June 21st, 2011, and finally September 20th, 2011. Each was taken at 6:12AM using the Spinning Enhanced Visible and Infrared Imager (SEVIRI) on EUMETSAT‘s Meteosat-9 meteorological satellite in geosynchronous orbit. 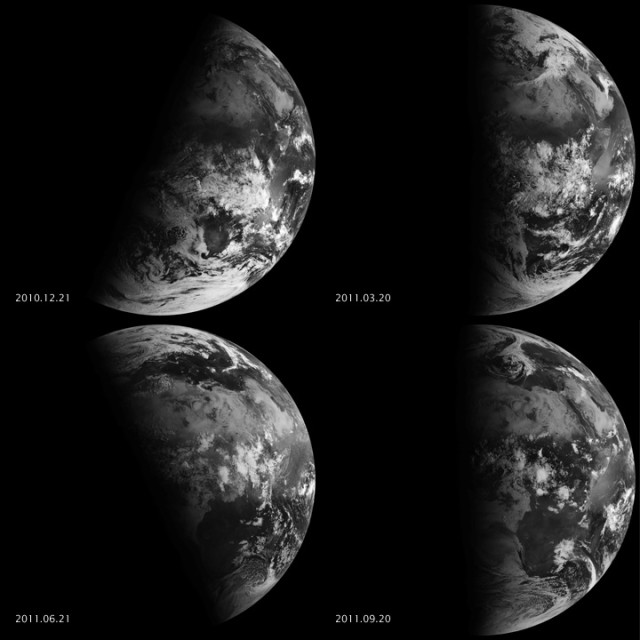 via Astronomy Picture of the Day