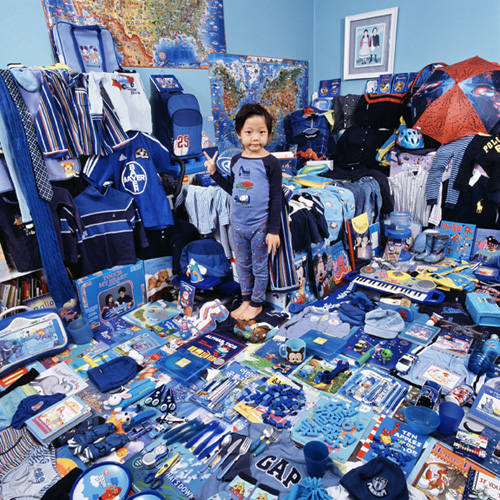 The Blue Project : Kevin-Donghu and His Blue Things, 2008 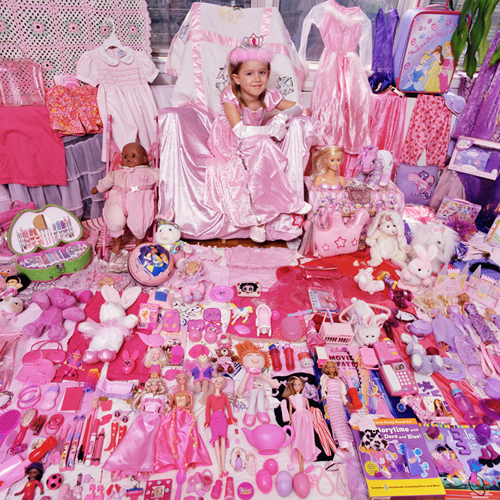 The Pink & Blue Project is an ongoing series started in 2005 by South Korean photographer JeongMee Yoon where children are photographed with their pink or blue objects.

This project explores the trends in cultural preferences and the differences in the tastes of children (and their parents) from diverse cultures, ethnic groups as well as gender socialization and identity. The work also raises other issues, such as the relationship between gender and consumerism, urbanization, the globalization of consumerism and the new capitalism. 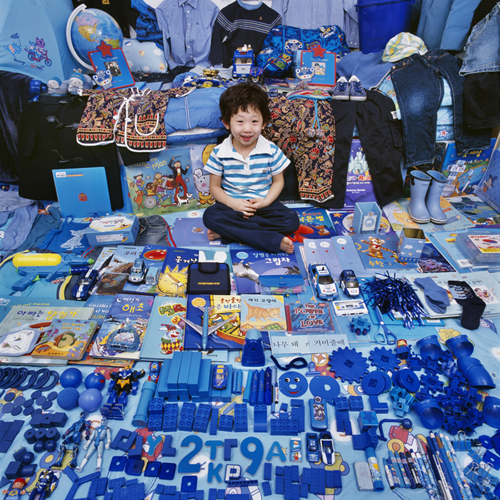 The Blue Project – Seyoon and His Blue Things, 2007 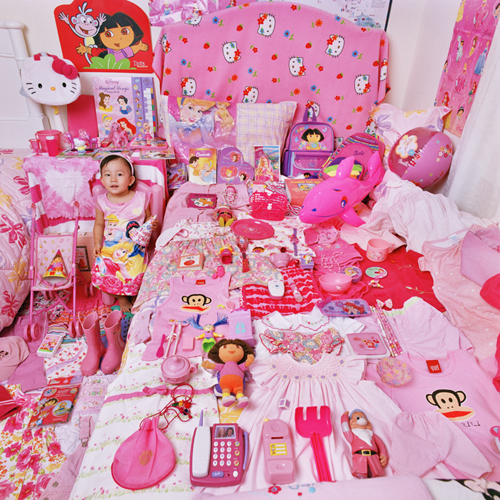 The Pink Project – Yealin Ham and Her Pink Things, 2005