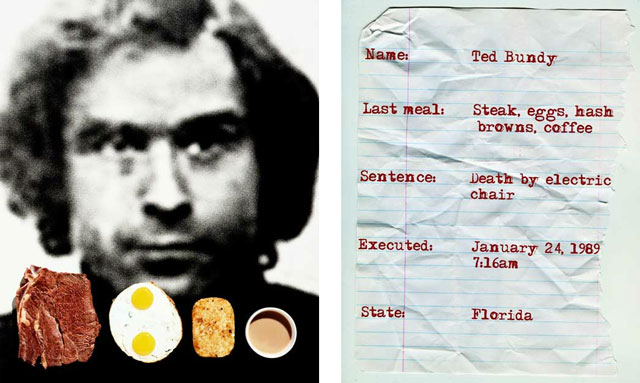 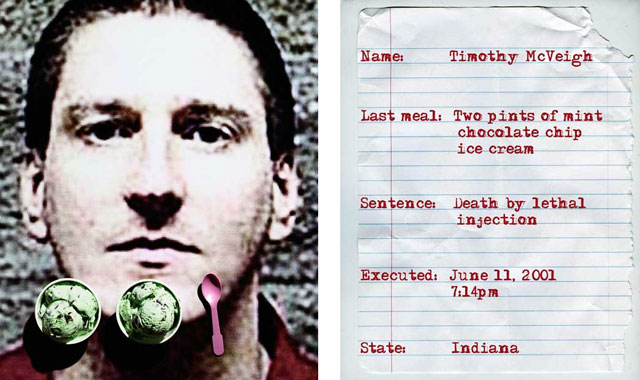 The Last Meals Project by photographer Jonathon Kambouris is a photo series that presents the mugshots of executed death row inmates along with representations of their last meal.

Every prisoner waiting to be executed is granted a last meal. Prisoners waiting to die choose their last meal for different reasons. Some choose from past memories, while others feast on what they crave at the moment. Such fascinating details surrounding the final hours before being put to death are a matter of public record and are the inspiration for this series of photographs. Justice may not always be served because the innocent can be proved guilty and the guilty can be proved innocent. Choosing the last meal is a significant ritual because the accuracy and validity of this choice is the only answer one can ultimately accept. This series visually documents the face and last meal of a convicted killer and is without question, honest and true. This will be an on going project as executions continue to take place in the United States. The core of the issue lies not on the emotionally loaded (for or against) arguments, but to question, how is society really served by the death penalty?