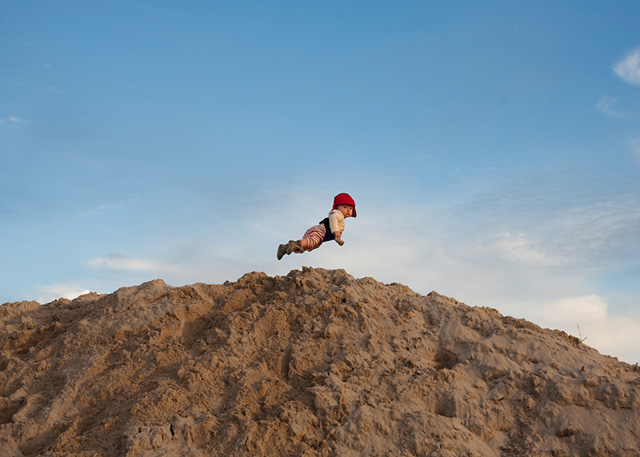 Last summer, Rhode Island-based photographer Rachel Hulin was bored on assignment and to liven things up she had an idea to make her baby son, Henry, fly in photographs. So she created The Flying Series, a collection of gorgeous images of Henry in flight.

However, Time reports that she won’t divulge how she gets him up in the air:

…Hulin did admit that it was more subtraction than addition. “I wanted the flights to feel genuine,” she said. “These are places we are really in everyday, it’s not a cut-and-paste job on random interiors and landscapes.”

Speaking to some of the unusual body positions of her flying offspring, Hulin said, “I never throw him, and I never move him into a place in the frame that he wasn’t in to begin with. I like Henry to fly the way he feels like it, I never pose him in a specific way. Sometimes he’s graceful and sometimes he’s a little hunchback. I think telling you more would ruin it.” 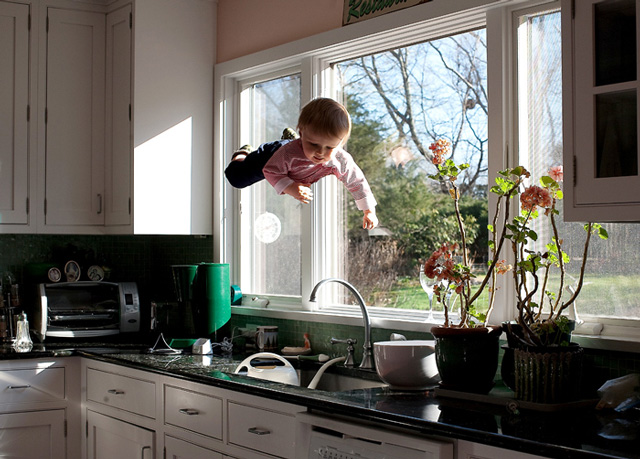 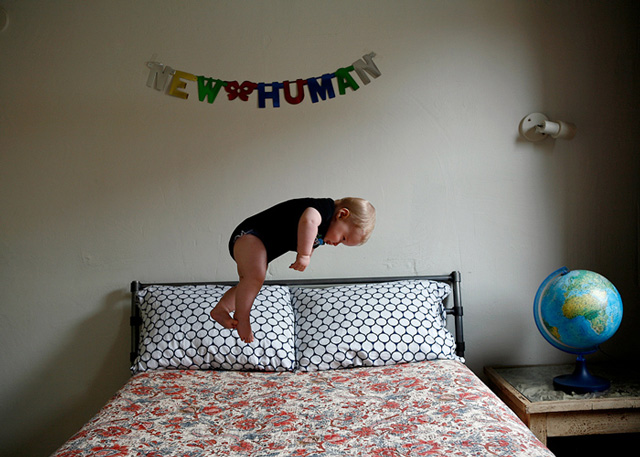 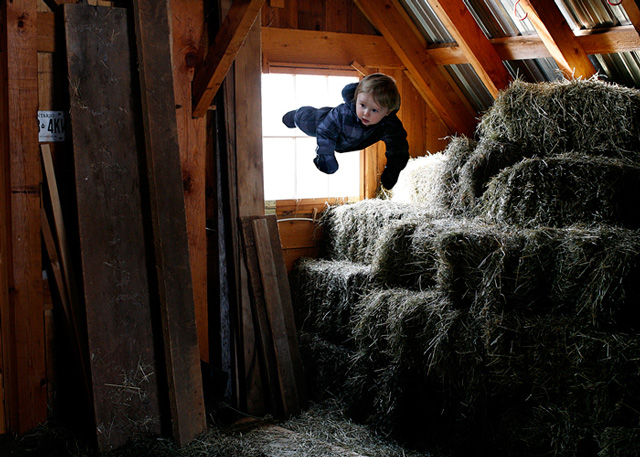 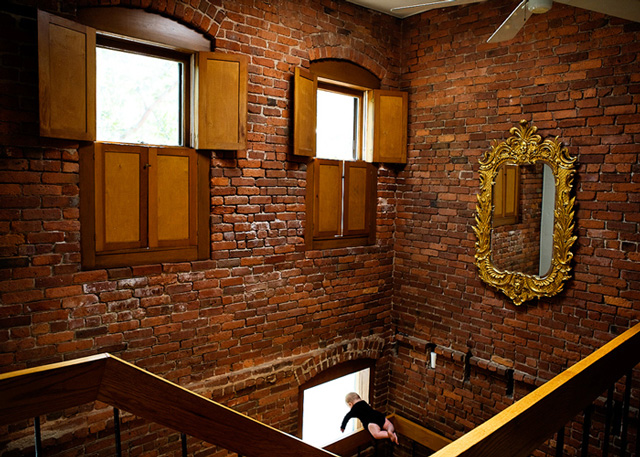 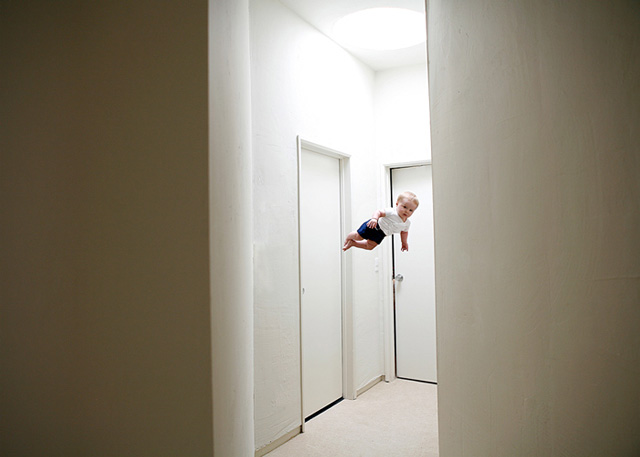 via Time LightBox and My Modern Met