UPDATE: False alarm, it turns out that the person in the photo is not Jon Stewart after all. According to RVA Magazine it is actually Alford Faulkner, former bassist of Red Cross and Prevaricators. 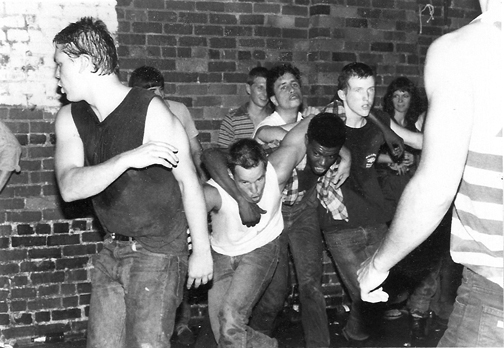 Here’s a photo taken by Irish Willis Peele of what he claims is a young Jon Stewart (center) moshing at a Dead Kennedys and Front Line punk show at the Casablanca club in Richmond, Virginia. When the photo was snapped in July 1982, he was a student at William & Mary and went by his given name, Jon Leibowitz.

via Dangerous Minds and Filthy Pit