While on an uncrowded flight from New York City to Reykjavík, Iceland on the last day of 2016, photographer Aryeh Nirenberg captured absolutely stunning footage of the Aurora Borealis (Northern Lights) from high up in the air at 35,000 feet. With an entire row to herself, Nirenberg was able to set her camera upon a tripod at the window.

This was captured on Delta Flight 446 from JFK in New York to KEF in Reykjavik, Iceland on December 31st 2016. I had a whole row to myself so I set up my Nikon D810 with a tripod at the plane window and captured this footage.

Her camera setup on the plane.

I carry all my camera gear in my carry-on for safety reasons and also because it weighs like 35 pounds and they don’t weigh my carry-on. The blanket is there to block the reflections from inside the plane from showing up in the picture. I used a Nikon D810 and the Nikon 20mm 1.8 lens for this. 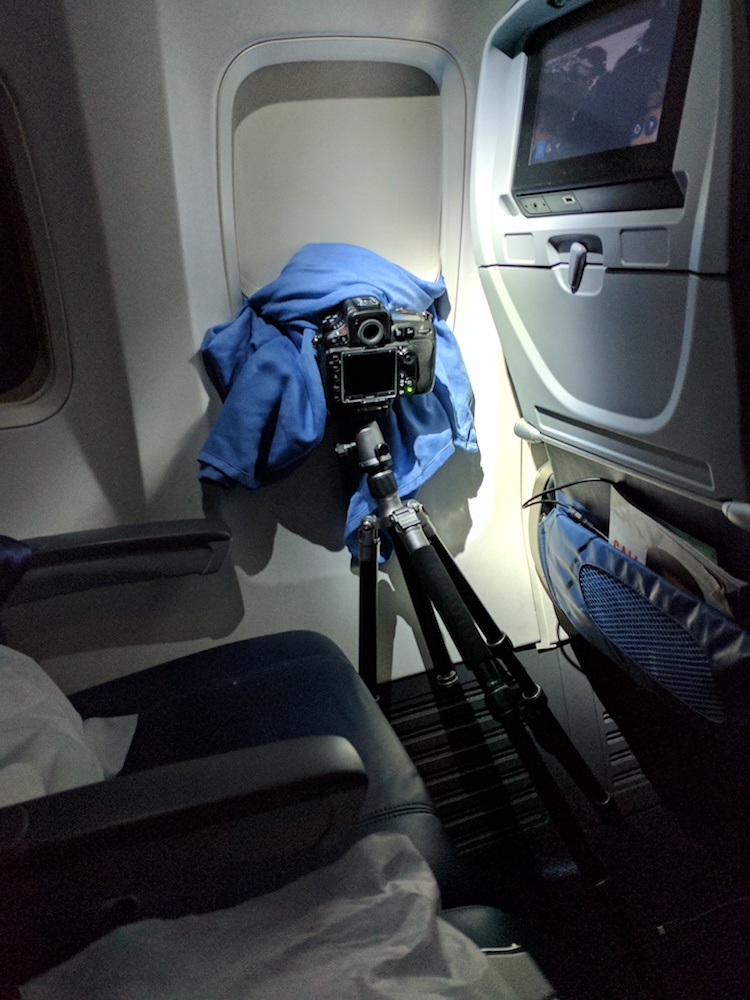 While on the ground in Iceland, Nirenberg shot more beautiful footage of the Northern Lights.