A video of a younger Bill O’Reilly freaking out off camera on Inside Edition in the early 1990’s has been making its way around the internets this week.

Last night on The Colbert Report, Stephen had a hilarious tribute to Bill’s outburst.

UPDATE 3: Of course there is now a t-shirt by BustedTees “We’ll Do It Live!”. 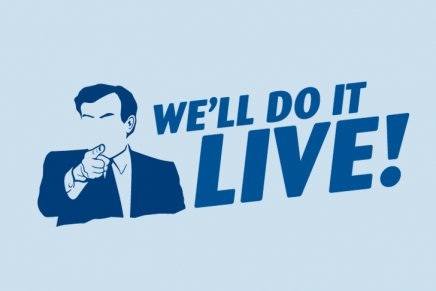