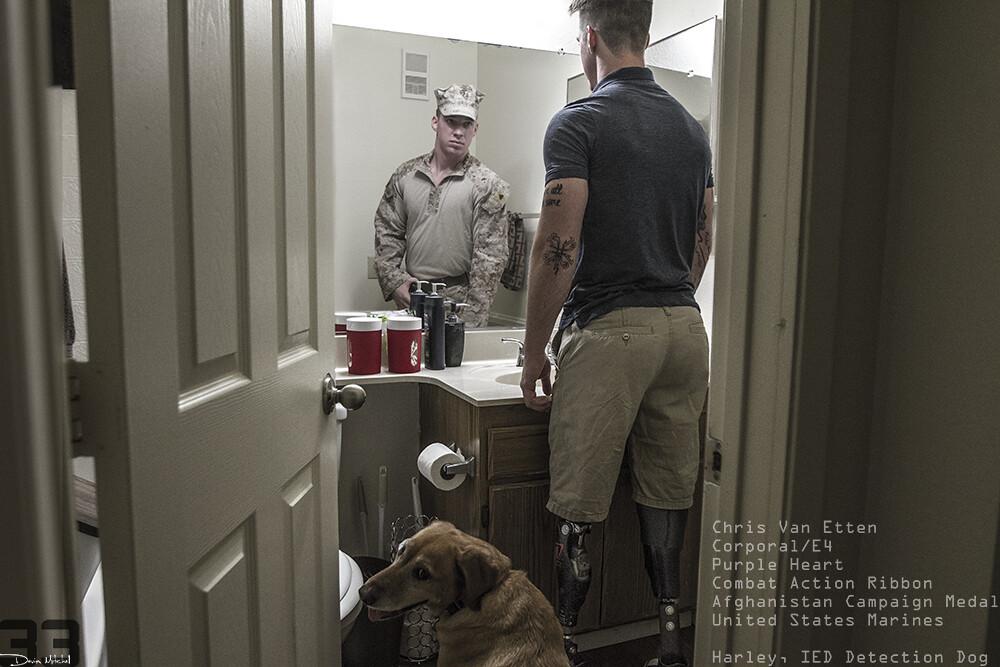 Photographer Devin Mitchell, a student at Arizona State University, has created “Soldier Project,” a powerfully poignant photo series that depicts military veterans in uniform gazing at their civilian selves through the bathroom mirror. He found all his subjects through his Facebook page and hopes to shoot 10,000 of these powerful images.

Devin explained to Fox10 Phoenix that he wanted to tell the story of the soldier as a whole person.

One thing that I found is that there were three elements that really defined what it meant to transition from the service to out of the service. It’s really about diversity, adversity and triumph. …It’s all the same person. It’s usually story, it’s all their message, they kind of direct the shoot and I bring it to life. 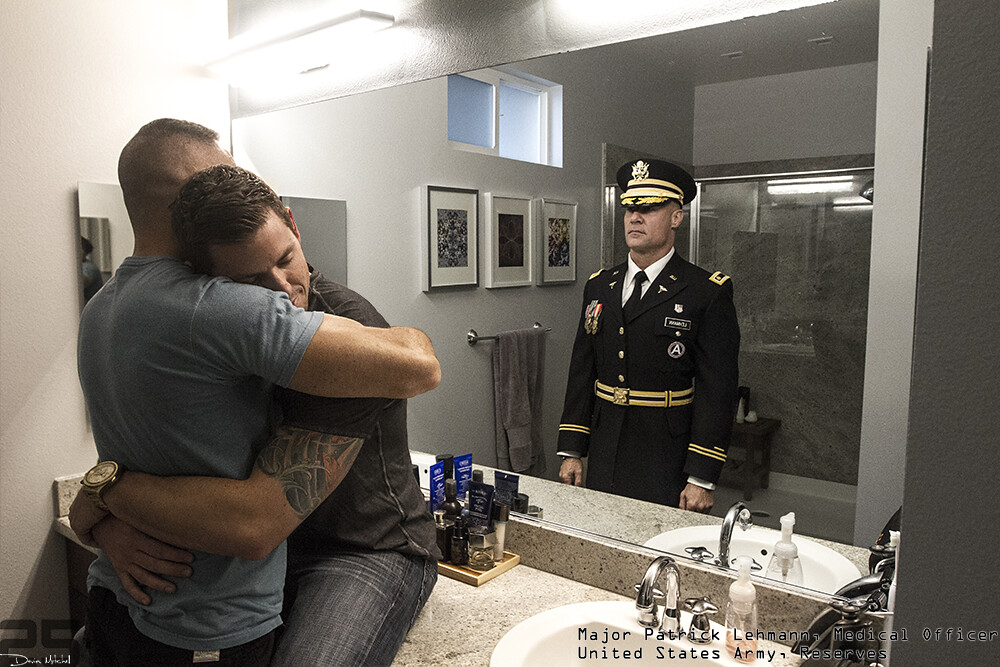 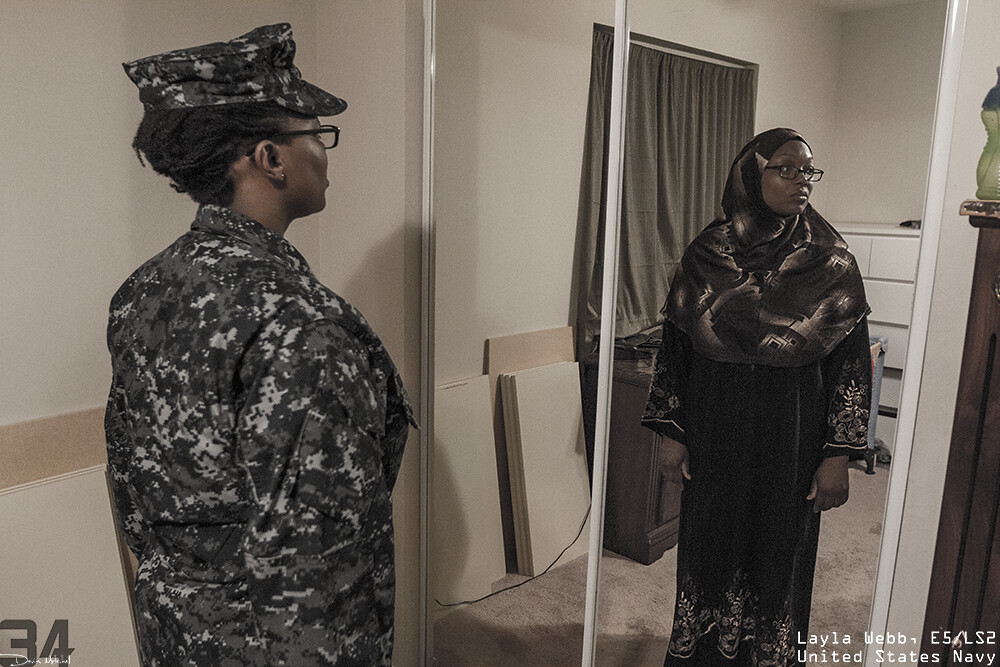 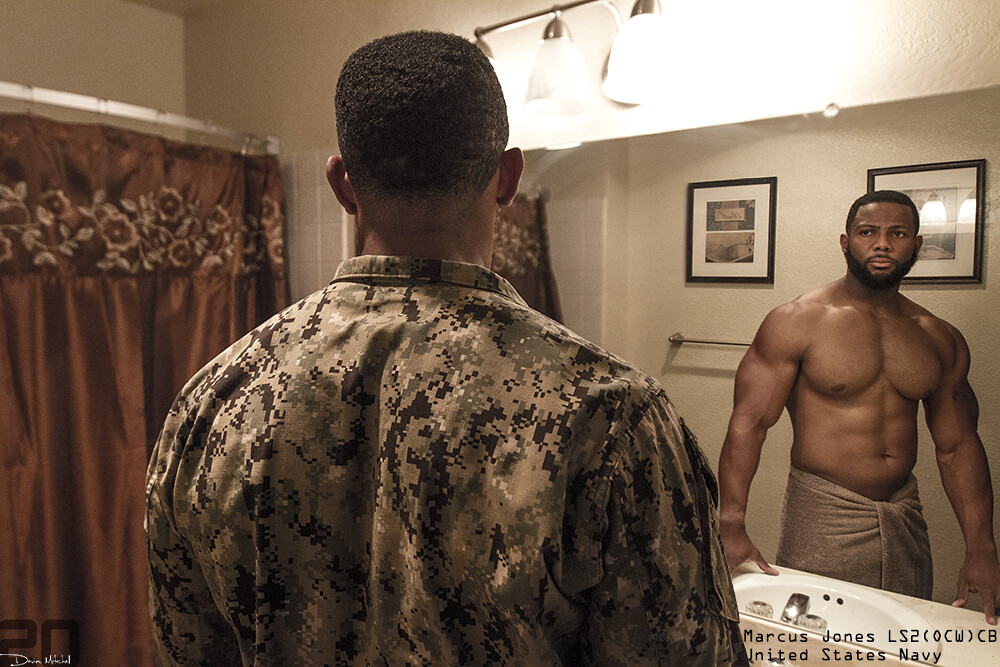 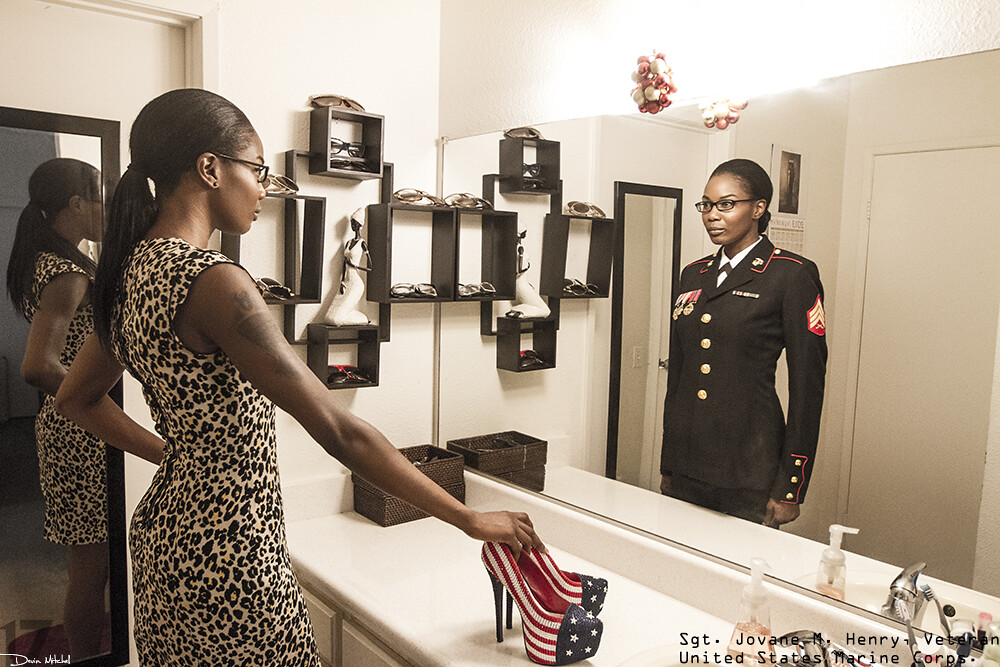 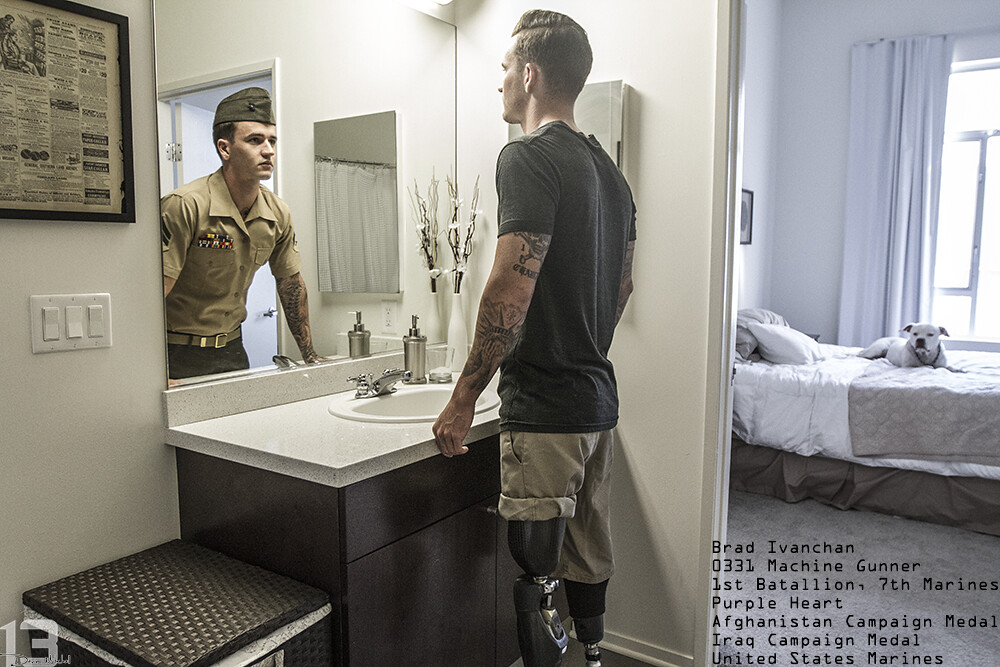 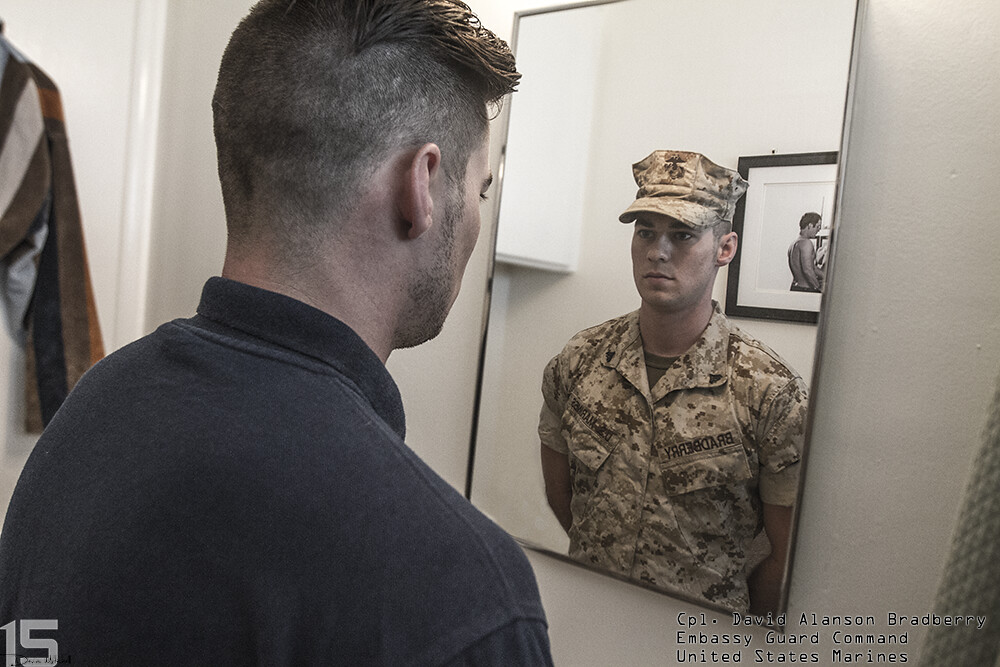 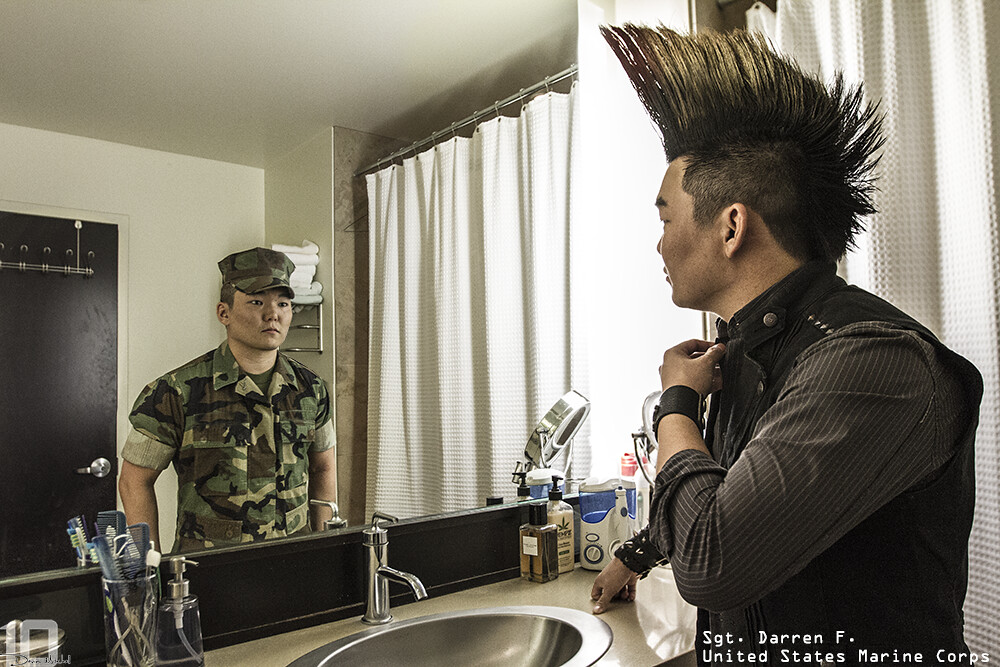 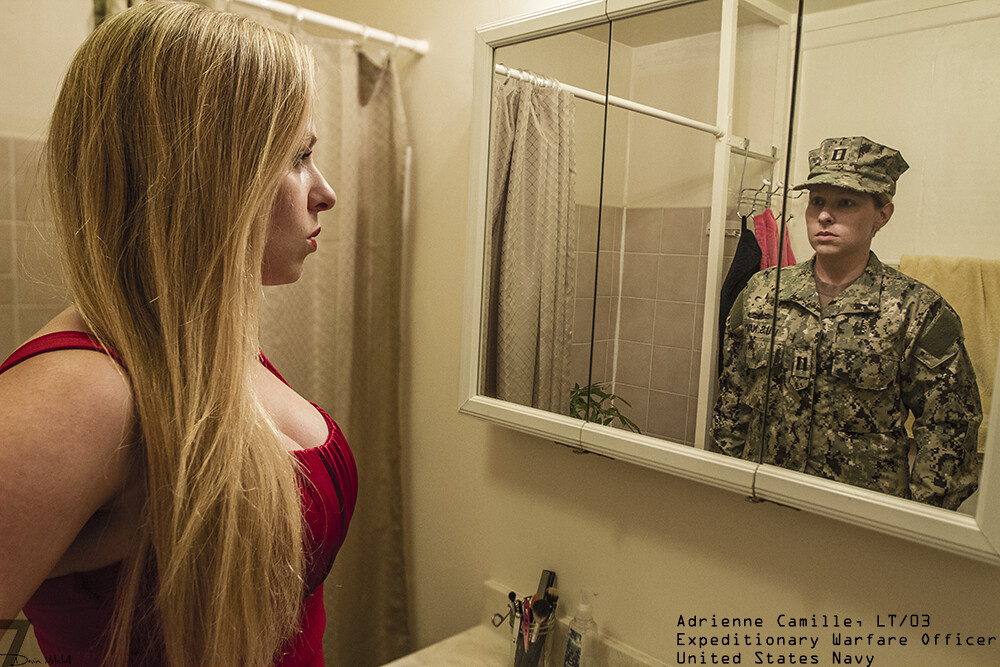 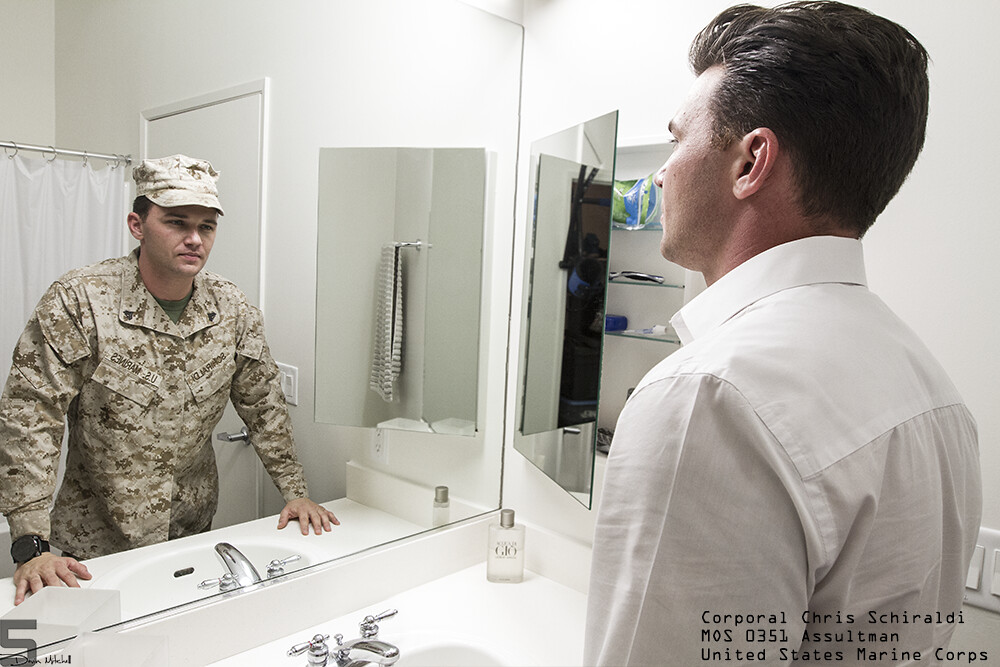 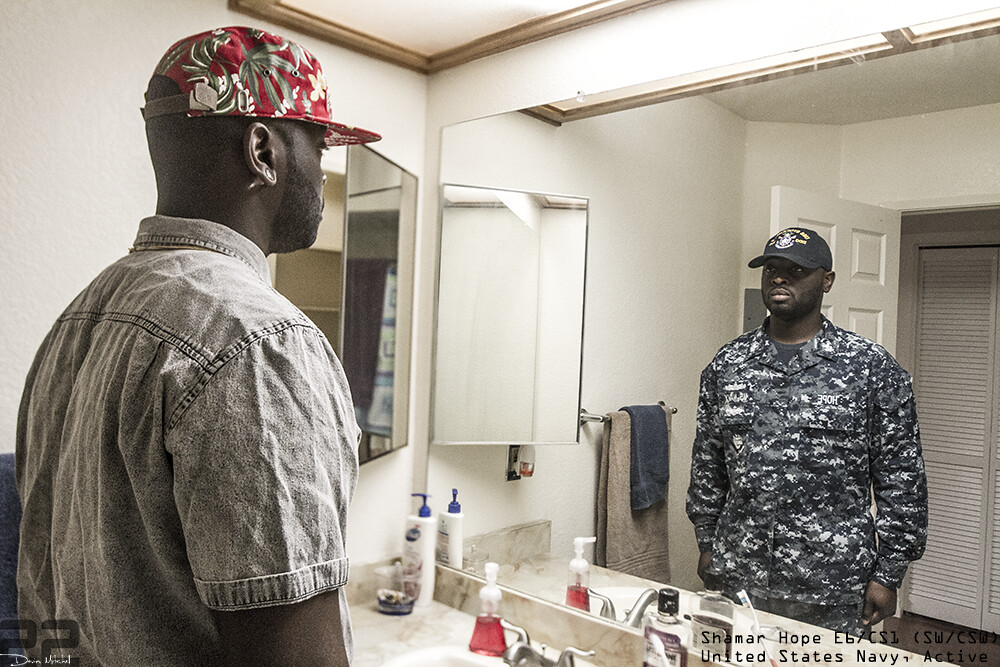 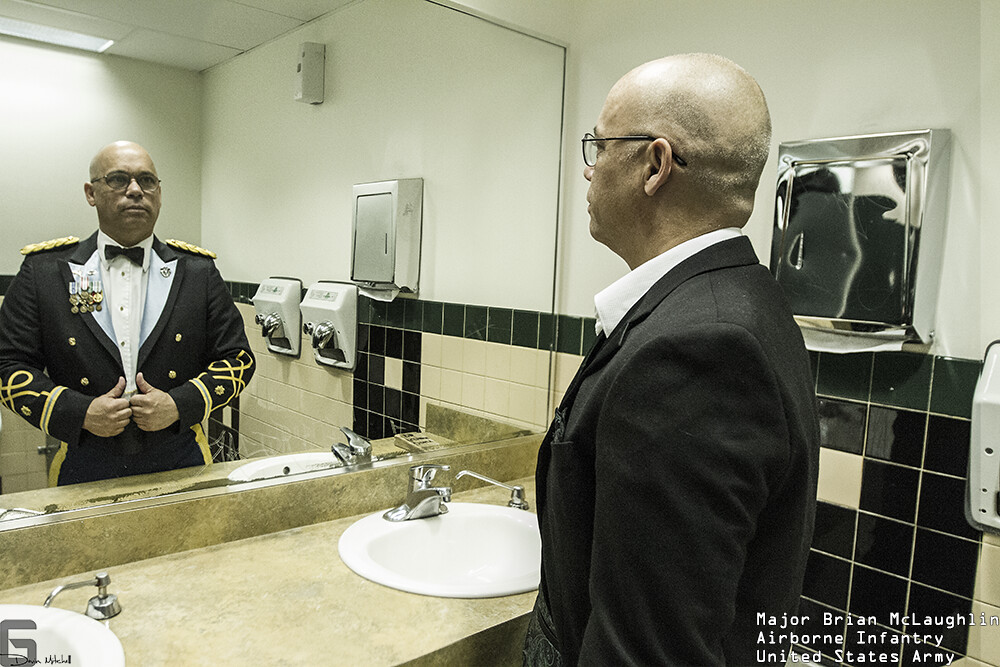