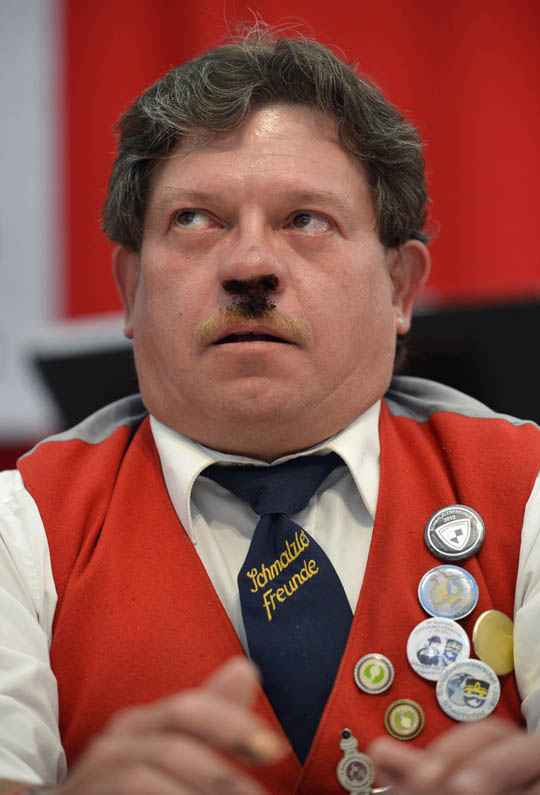 Participants in last week’s Snuff World Cup 2012 (Schnupf-WM), a tobacco sniffing championship in Germany’s Peutenhausen village, competed by inhaling tobacco up their noses. The goal was to sniff as much as possible, with a mox of 5 grams per sniff, in one minute. 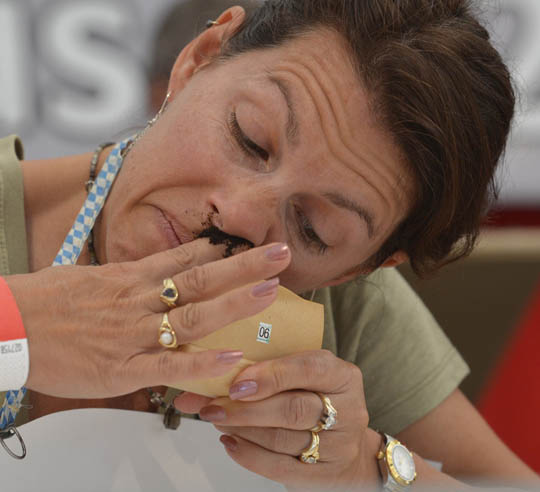 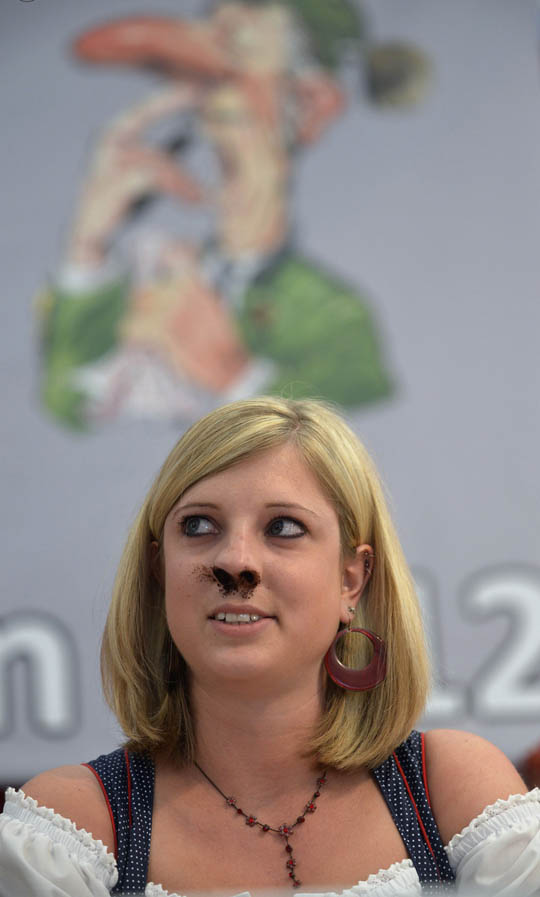 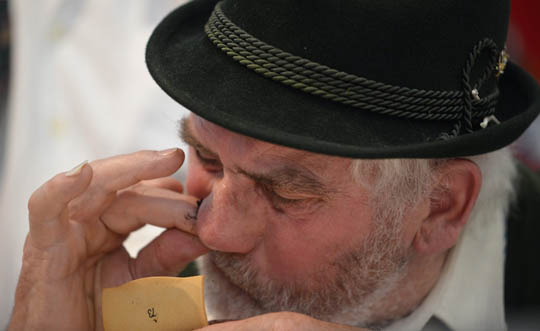 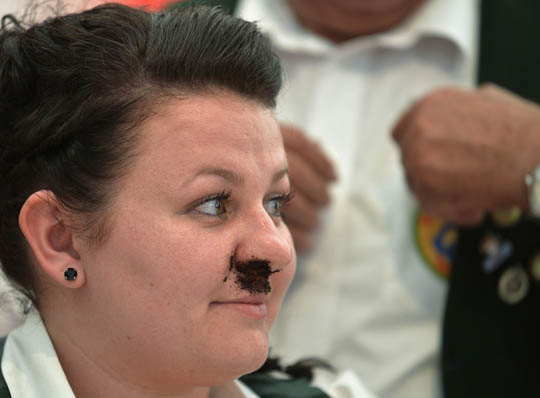 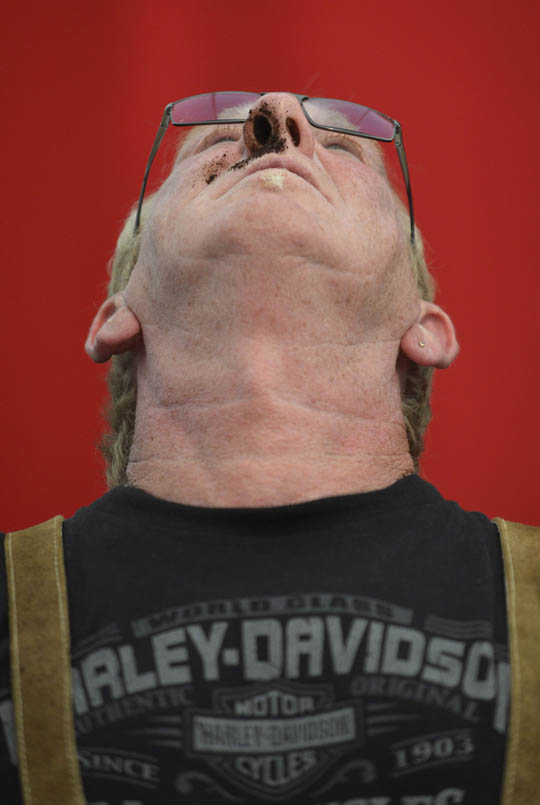 via Shock Blast and Coudal Partners