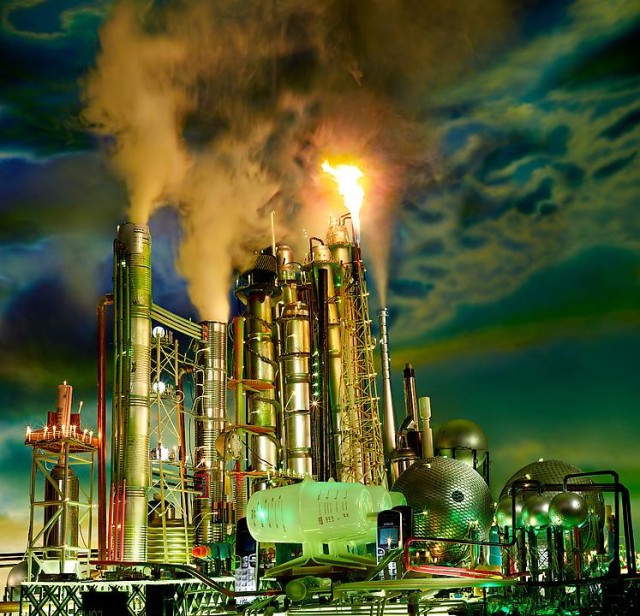 Photographer David LaChapelle has created two photo series depicting realistic scale models of gas stations and refineries that were made out egg cartons, hair curlers, and other recycled materials. In the series, Refineries, fire- and smoke-spewing model oil refineries were photographed in natural settings on the coast of California. In Gas Stations, pristine model stations were photographed in the rainforests of Maui. Both series will be featured in LaChapelle’s exhibition, “Land Scape,” at the Paul Kasmin Gallery in New York City, January 17 to March 1, 2014. 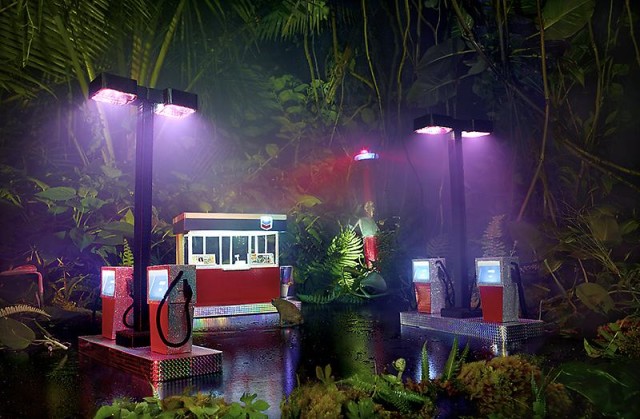 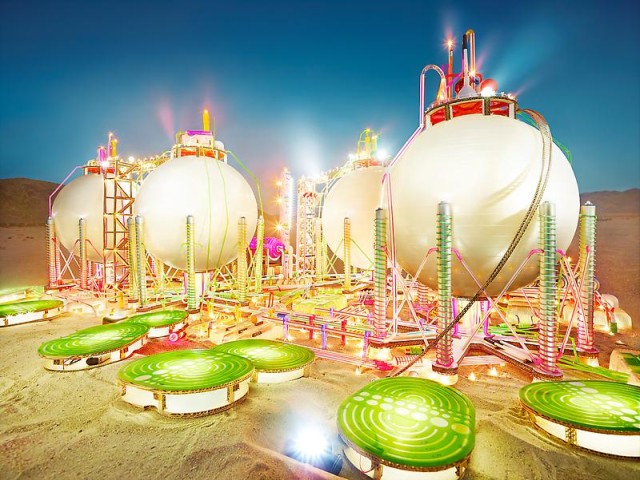 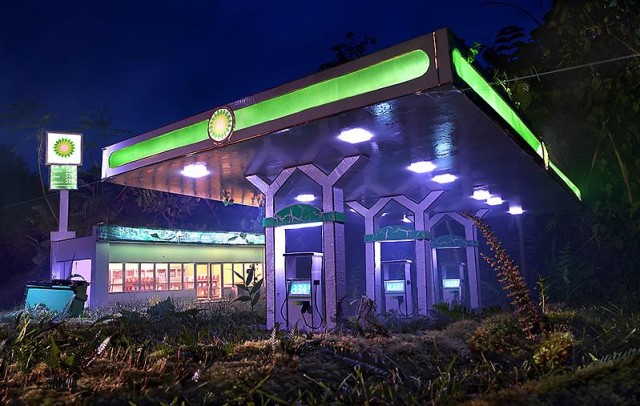 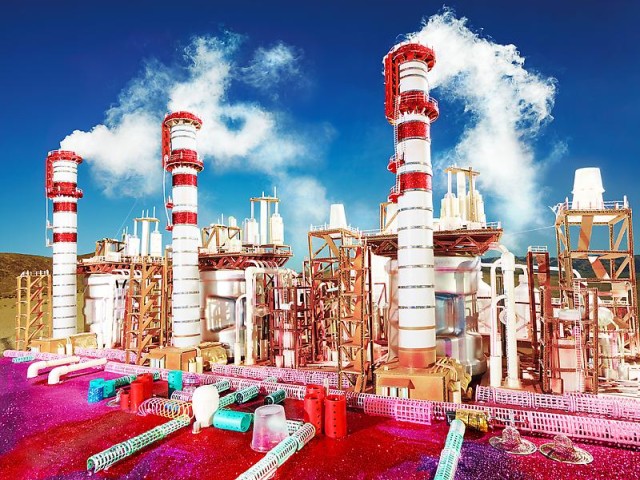