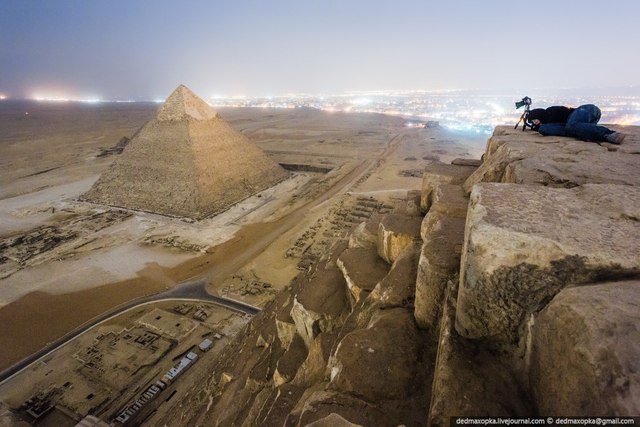 Russian photographer Vitaliy Raskalov and two friends Vadim Mahorov and Marat Dupri sneaked to the top of the Great Pyramid of Giza — risking between one and three years of jail time — to snap some breathtaking photographs. The trio took an ordinary tour of the pyramids, and began hiding at around 4pm. After waiting five hours for the cover of darkness, they successfully avoided guards, climbed the pyramid, took an amazing set of photographs, and escaped without getting caught. 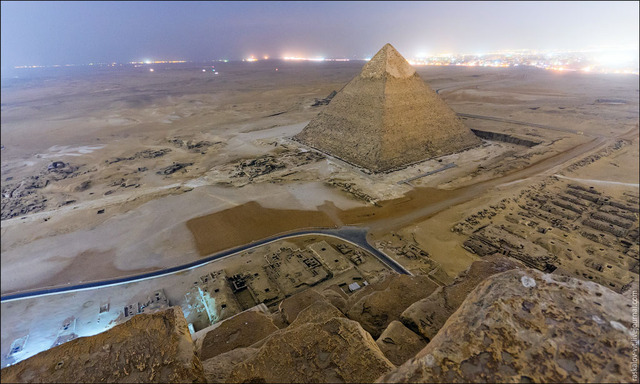 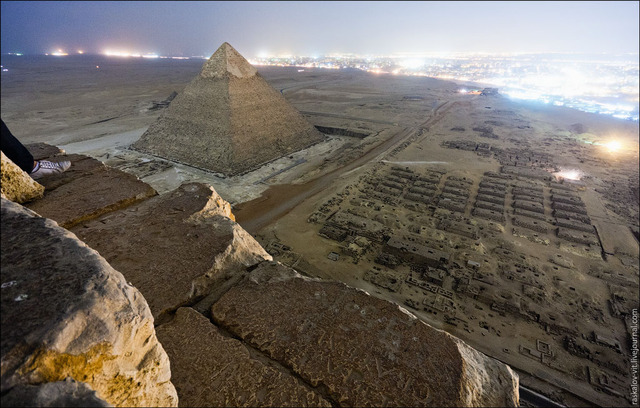 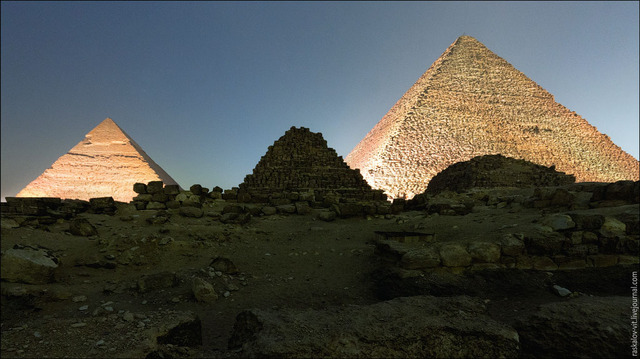 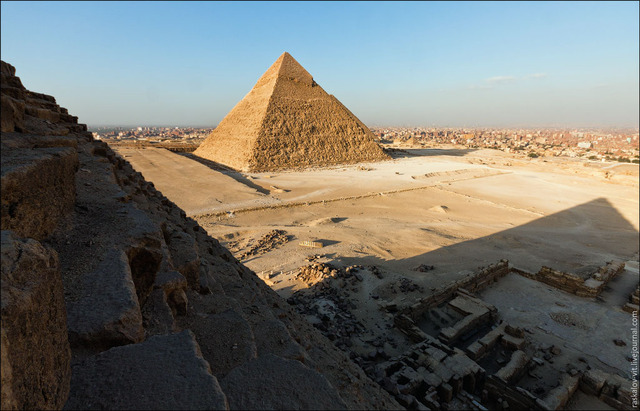 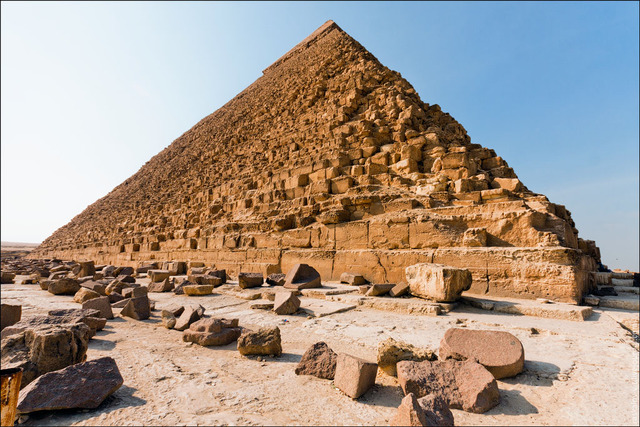