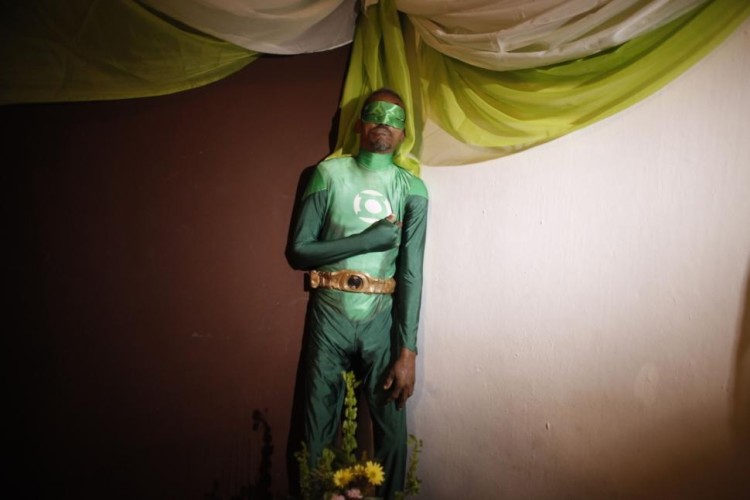 The relatives of Renato García, a Puerto Rican boxer who enjoyed dressing up as Green Lantern during the last few weeks of his life, decided to give him a standing wake dressed as his favorite DC Comics superhero because the community considered him to be a superhero in life. In an interview with Primera Hora, his sister Milagros García said Renato was always willing to lend a hand.

(translated) He was always very helpful. He was left anyone wanting. Never say no. You beckoned and he was always there. …I was going to a regular funeral for him, but the neighbors and the community had this idea. I know he would have liked it.

The community also came out to Renato’s funeral, wanting to say goodbye to the kind person they knew and loved.

Lots of mourners, relatives, friends and residents of the village of San José in Río Piedras, wore shirts alluding to the famous character, as a symbol of mourning on the death of Renato, who attributed all attractive qualities and virtues. Neighbors said that when Renato found a Green Lantern costume in the trash can and decided to dress and embody the character, nobody scoffed at him, and were sympathetic when they out found what he did. 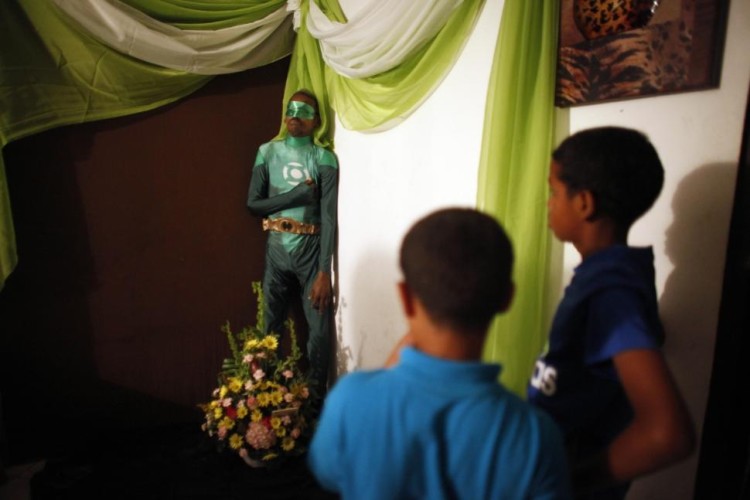 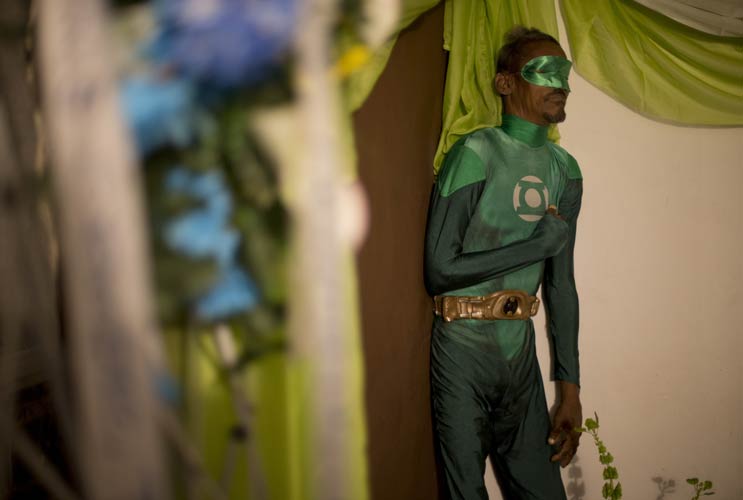