In February 2017, Norwegian photographer Ole Salomonsen of Arctic Light Photo captured the absolutely breathtaking sight of a lone reindeer with a head full of antlers seemingly becoming smaller than his sizeable stature, as he was immersed in the gorgeous green and purple light display of the shimmering Aurora Borealis (Northern Lights).

Reindeer and aurora in Norway. This is a shot from outside of Tromsø, Norway. I was laying on the ground close to the reindeer trying to keep still for 1-2sec. It took many exposures to get a good one

Salmonsen had captured a similar and equally exquisite image of a reindeer during the Aurora in 2013. 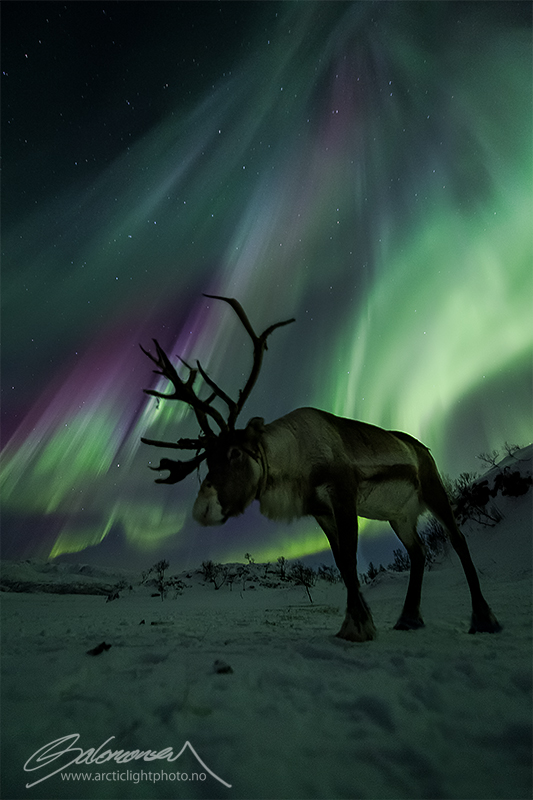 Caribou is the north-American term for Reindeer. This “Caribou” was photographed close to Tromsø, northern Norway. This reindeer is tame and used to humans, however it was still a very exciting experience lying this close with the 14mm handheld, and feel this big animal breath you in your face!