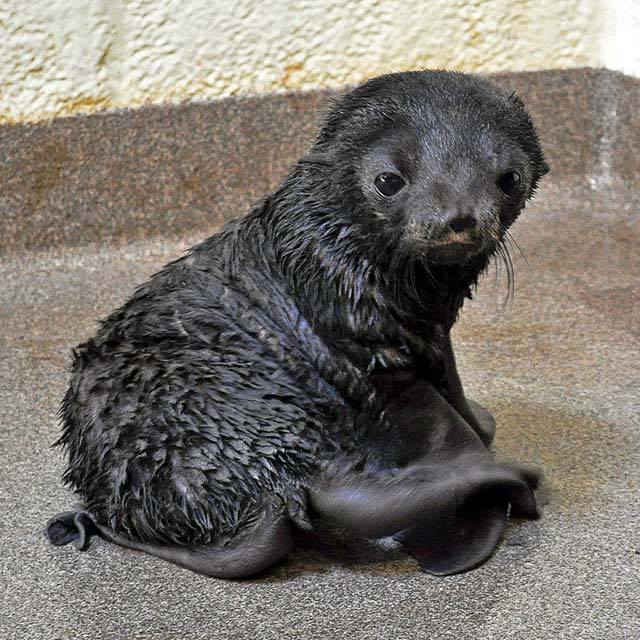 A rare (and really adorable) fur seal pup has been born at The New England Aquarium in Boston, Massachusetts. The aquarium’s 15-year-old Northern fur seal Ursula gave birth to the new pup, her second, late on Tuesday, August 6th, 2013. There are more behind-the-scenes photos on the aquarium’s blog.

The newest pup will not be visible to the public while it spends time behind the scenes nursing and bonding with its mother. Within two weeks, Ursula will return to the exhibit for short periods, alternating between swimming in the large exhibit pool and spending time with her pup. The as-of-yet unnamed pup will join the other fur seals and sea lions in the New Balance Foundation Marine Mammal Center sometime in early fall.

photo and video by The New England Aquarium