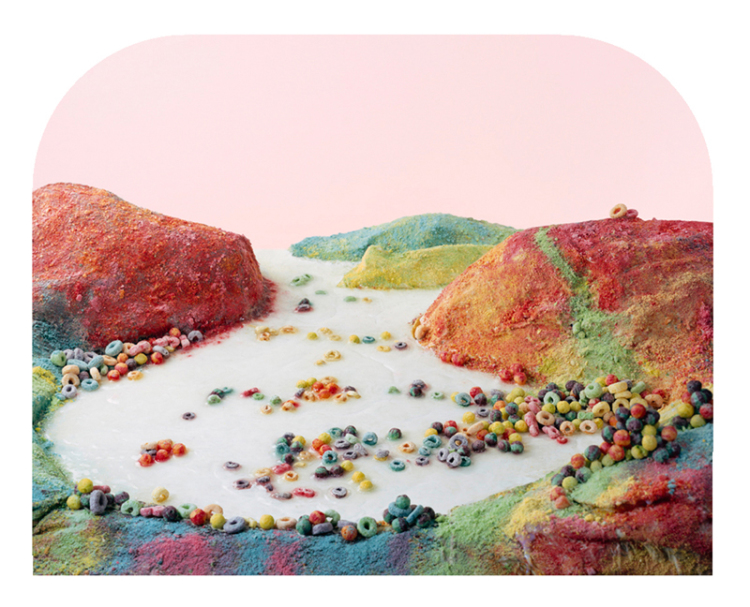 Sugary cereal, bologna, french fries, and other processed foods are arranged into colorful landscapes in the photo series Processed Views by photographers Barbara Ciurej and Lindsay Lochman. The junk food landscapes are inspired by the work of Carleton Watkins, a landscape photographer who documented the American West in the latter half of the 1800s. The series is also a commentary on industrial food production:

Processed Views interprets the frontier of industrial food production: the seductive and alarming intersection of nature and technology. As we move further away from the sources of our food, we head into uncharted territory replete with unintended consequences for the environment and for our health. 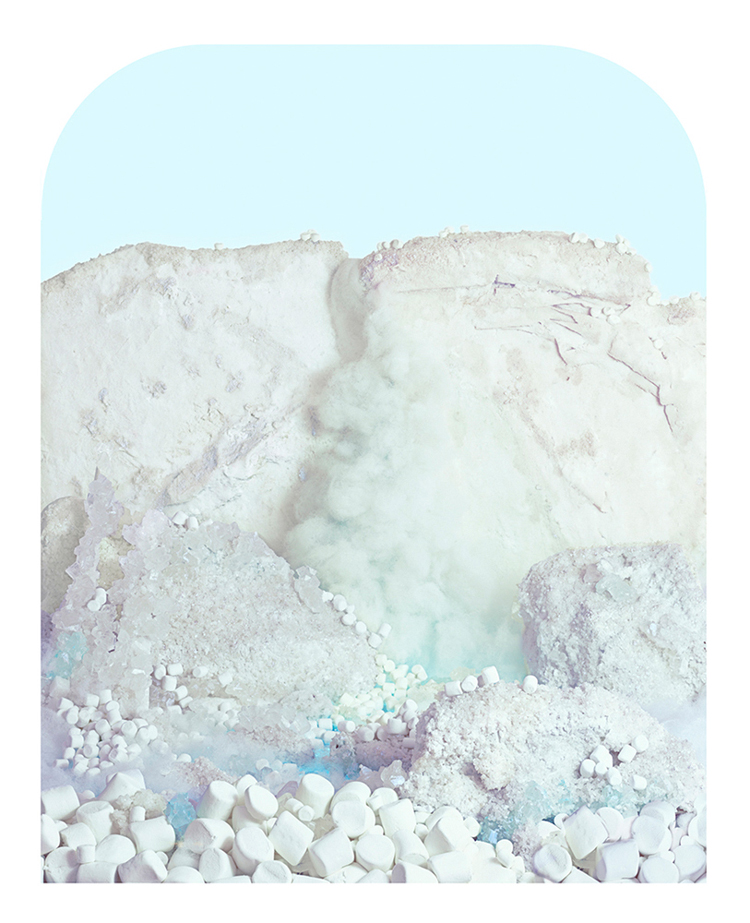 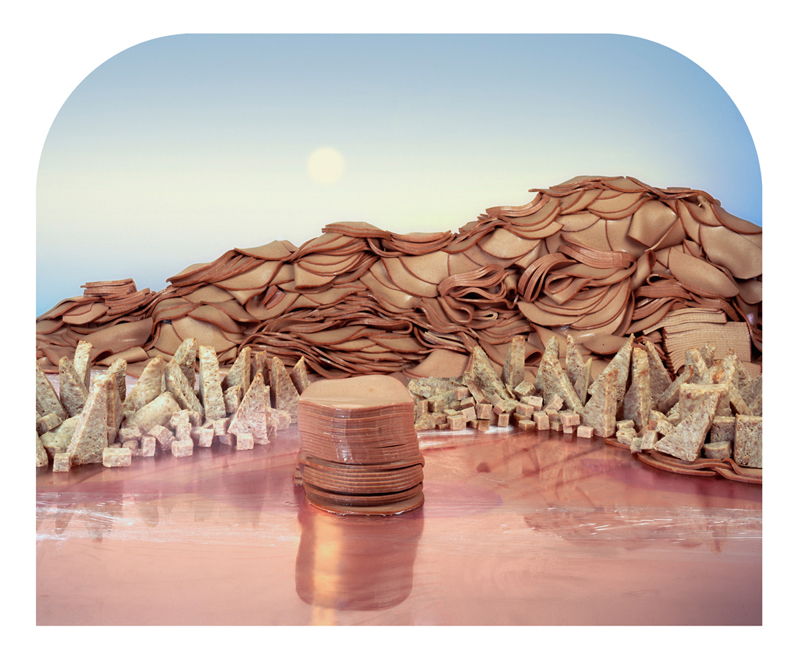 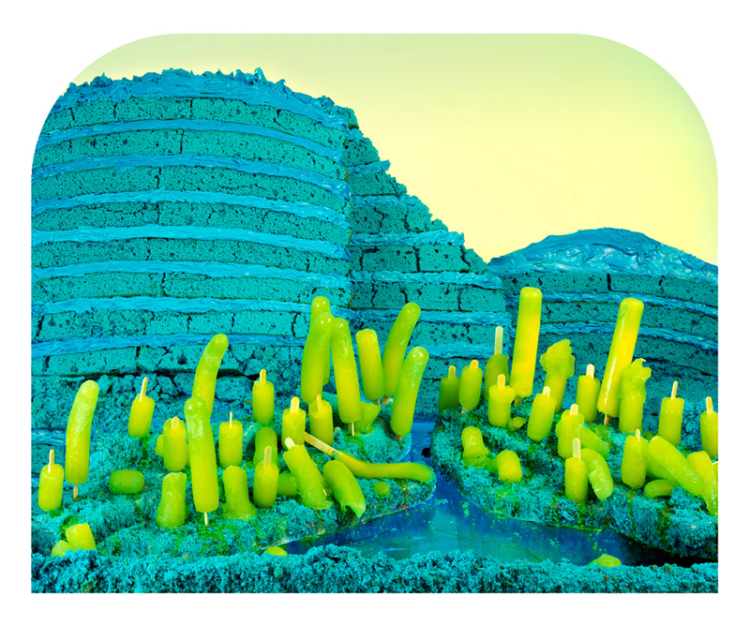 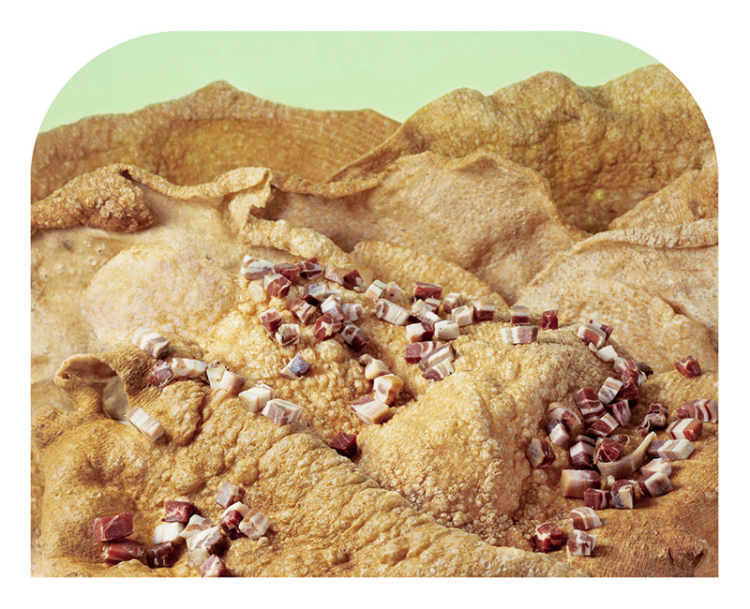