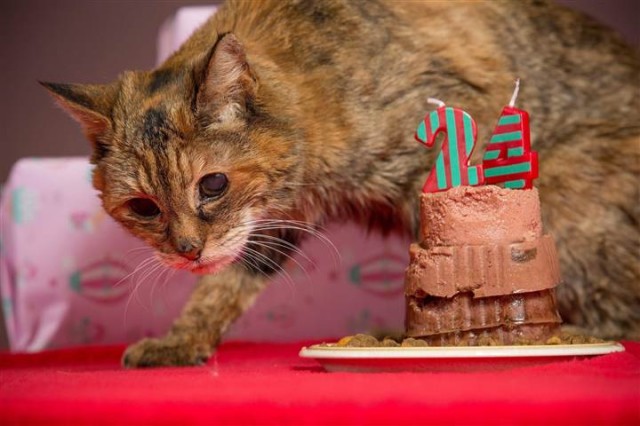 A 24-year old mixed breed cat in Bournemouth, England has been pronounced the “World’s Oldest Cat” by the Guinness Book of World Records. According to Poppy’s humans, that even though the geriatric feline is blind and deaf, she is in good health due to “good diet and lots of exercise” and still rules the roost.

:She keeps herself fit by walking around and she eats a lot. She has biscuits in the morning and tinned food later on. She’s never been a big cat though. She is partial to the odd takeaway. We sometimes give her a bit of KFC chicken, Fish and chips and even the odd bit of kebab meat…Poppy is definitely the top cat and she is still quite feisty. If one of the other cats tries to eat her food she will bite them on the ear 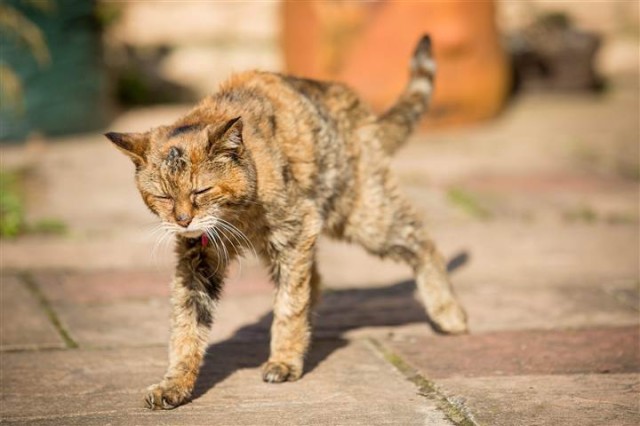 images by David Hedges via SWNS