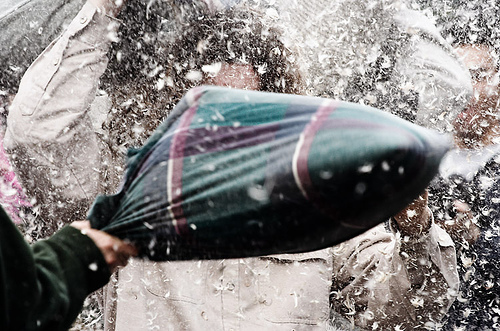 This just in from an anonymous source…making its way back around to the US, a massive Pillow Fight is being planned for 6pm on Valentine’s Day (February 14th) at San Francisco’s Justin Herman Plaza (at Market and Embarcadero). Here’s more on the history of Pillow Fight Club.