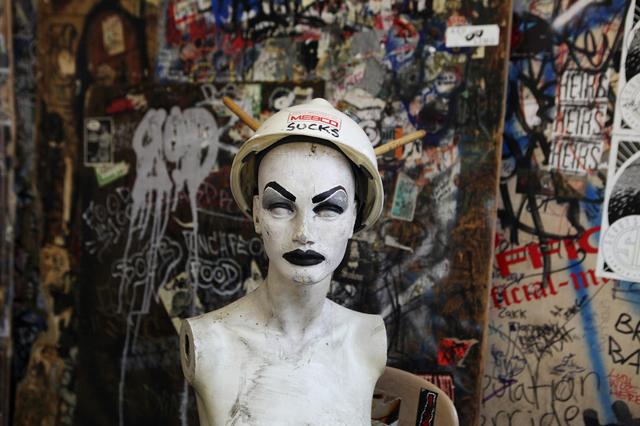 Today Gothamist posted a photo gallery of original walls and interior furnishings from the legendary New York City music club, CBGB. When the club closed in 2006, much of its interior was saved and put into storage—everything from the graffiti- and sticker-clad walls to the toilets from the notoriously tattered bathrooms. Photographer Jim Kiernan took these photos yesterday, as the walls were being prepared for display at the CBGB Music & Film Festival, which takes place October 8 to 13, 2013 in New York City. The photos can also be viewed on Flickr. 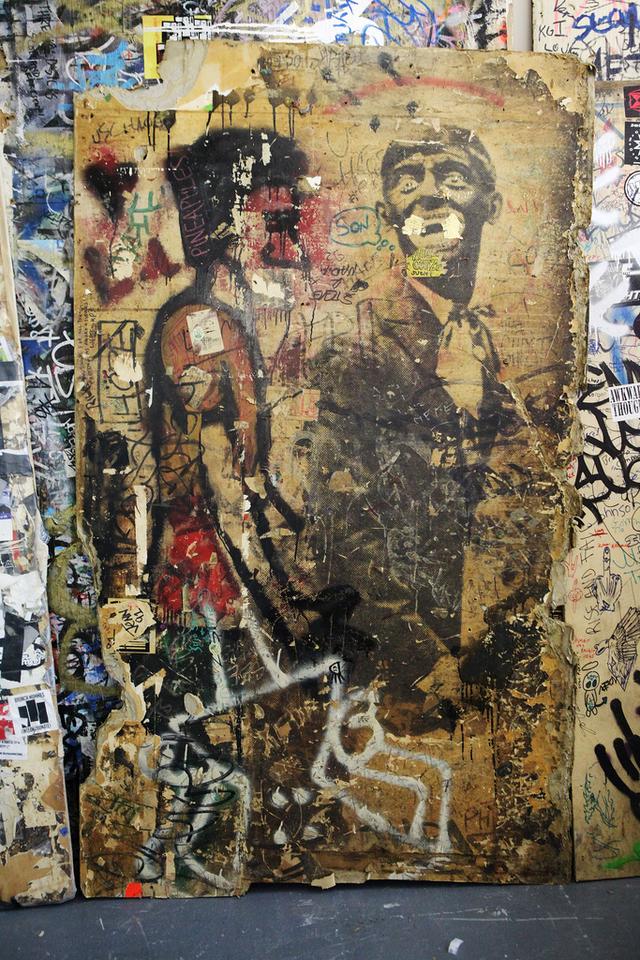 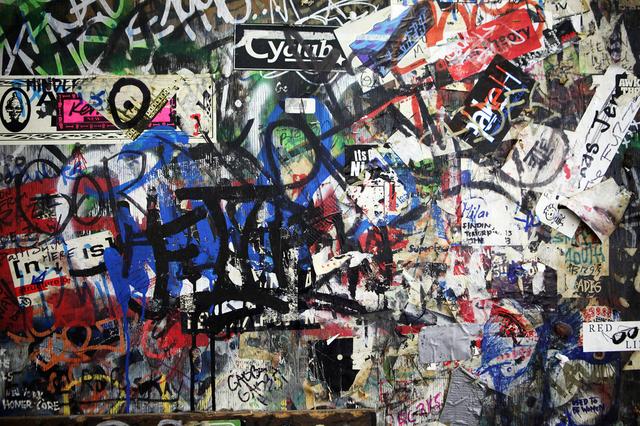